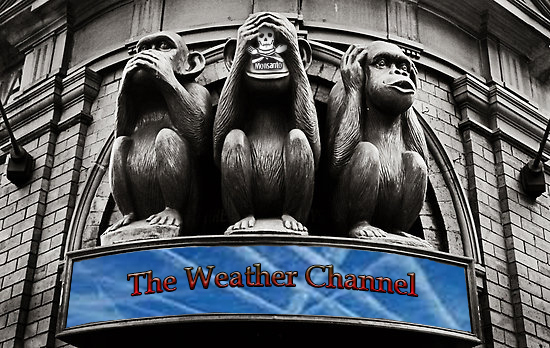 All the elements of our corporate fascist industrialized criminal global world order are uniting to further tighten their control over the Earth’s life support systems and thus global populations. Those who control the climate engineering must also control the flow of information. They must have paid actors like those at the Weather Channel to convince the public that the ever more unnatural and engineered weather is in fact completely natural and normal. The marriage of The Weather Channel and Monsanto further broadens the web of information control that is completely connected to the ecocidal and genocidal geoengineering insanity that is decimating our biosphere. All those involved with these criminal corporations and criminal activities must be exposed, this will take all of us to accomplish. Make your voice heard in this fight against total tyranny. The article below shines yet more light on the Weather Channel/Monsanto criminal alliance.
Dane Wigington
geoengineeringwatch.org

But why all the secrecy while at the same time injecting mind conditioning images into television commercials in order to get the public mind to subliminally acquiesce to its arrogant science of GeoEngineering? 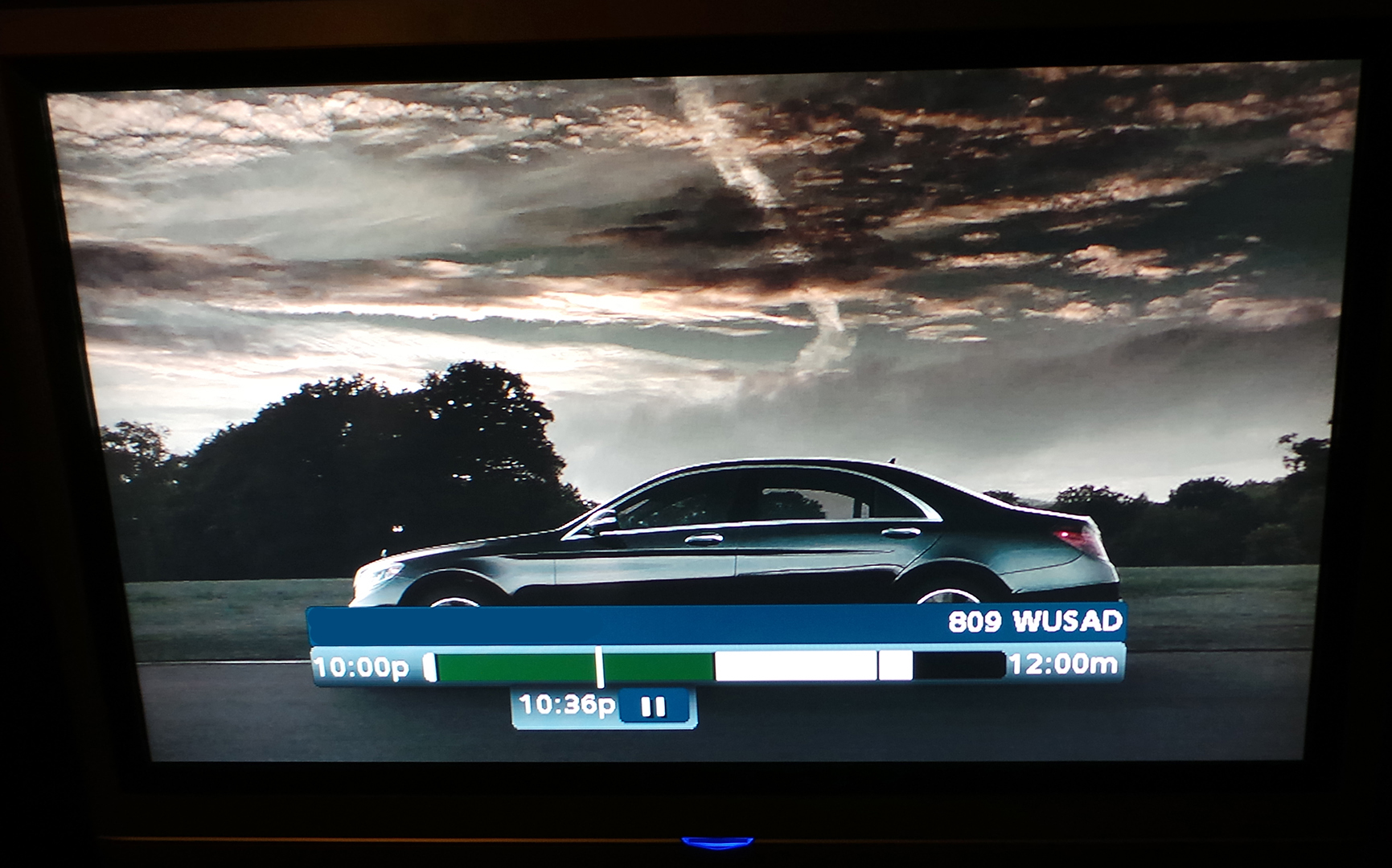 I was watching a few minutes of idiocy on television the other evening, when my eyes happened to catch a three-second subliminal injection of a GeoEngineering aerosol spray trail in the background of a car commercial. I was absolutely stunned with disbelief! I rolled the program back, froze the image and snapped it with a camera. This is blatant psychological manipulation to condition the public mind into submission that it is perfectly fine for an arrogant military science to “Own the Weather.”

What sort of pathology drives reckless individuals to strive for such heights? Where is the FCC and why, as a ‘Public Servant’ isn’t it informing the population of the deadly toxins being dumped on them. Why the stealthy knife in the back approach such as this?

As an agent of Chemical Giant, Monsanto, would not this make the Weather Channel complicit in crimes against humanity and the planet, especially since this global spraying campaign is dumping billions of tonnes of toxins into our lungs and environment?

Even NASA is involved in the mind conditioning process. The following cloud chart from NASA is being used in public schools to teach your children that artificial chemical clouds (chemtrails) are safe and natural: