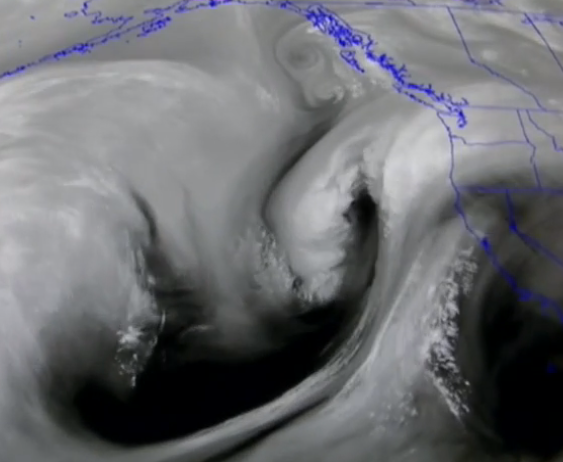 The weather makers continue to wreak havoc on the climate system overall. Though a great deal of moisture has moved over Northern California in recent days (and headlines called for significant rain), very little made it to the ground. The goal of SRM (solar radiation management) is to create the largest expanses of cloud cover possible. On Friday October 24th there was generally rainless cloud cover stretching from the Pacific past the great lakes. In recent days, the "scheduled weather" from NOAA (a branch of defense contractor Raytheon) was completely changed. As the West was finally allowed to cool off a bit, parts of the South and the East immediately went into record warm territory. 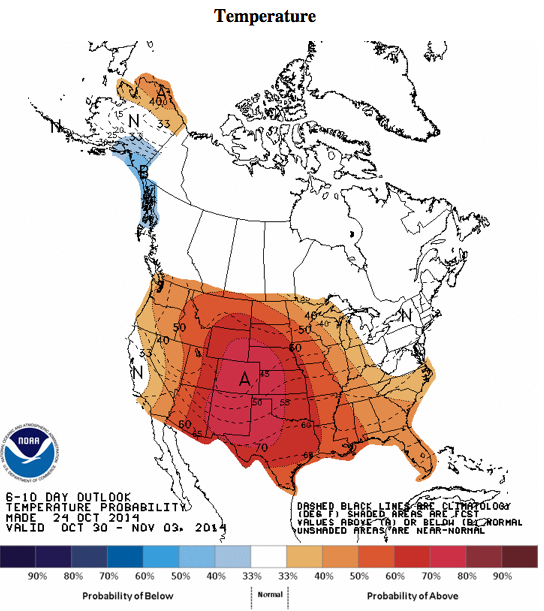 This second NOAA map illustrates the "scheduled" cool-down that is planned for the Easter US after the short cool down of the West was orchestrated. Until recently, "forecast" maps like the one below were unprecedented, not this sort of radical imbalance of temperatures is the norm.