Geoengineering And Near Term Planetary Extinction 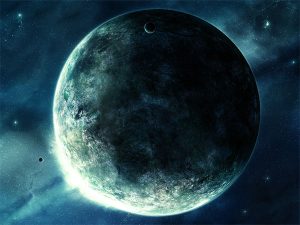 Very few have any idea of what is rapidly unfolding around us all. The corporate controlled main stream has very successfully fueled the inherent human propensity to ignore and deny alarming and uncomfortable truths. Populations as a whole have willingly embraced the mountain of lies that has been dished up to them. Public acceptance of spoon fed delusions and propaganda has to date kept the “loot, pillage, and plunder” party on Planet Earth going. This chapter is ending by the day as the biosphere responds to the centuries long all out war that has been waged against its life sustaining systems. The sixth great extinction to occur on Earth is now, this is an undeniable statistical fact. The scenario we collectively face is unlike previous events. This time around, if we remain on our current course, all life on our planet will be extinguished.

Below are key points from an extremely important research essay just posted by the “Arctic News” web site. I have extracted some of the most straightforward and dire disclosures of the essay below and have posted clarifying statements in red. The source link to the entire article is at the bottom of this page. For those that are willing, the full article is recommended reading. One thing to keep in mind, the scientists that produced this essay have not admitted to the ongoing global climate engineering that is likely the single greatest factor amongst the converging catastrophes that have let us to this very dark moment. This being said, there are countless other sources of anthropogenic destruction to our biosphere that many in the anti-geoengineering communities do not wish to face. This form of denial is no different than those who deny the climate engineering.
Dane Wigington
geoengineeringwatch.org 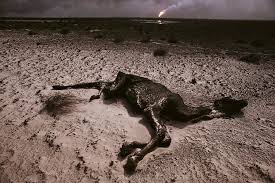 “Methane formed by organisms in the water becomes trapped in the fabric of water ice crystals when it freezes and is stable below about 300 meters depth in the Arctic Ocean and on the shallow East Arctic Siberian Shelf. There are such massive methane reserves below the Arctic Ocean floor, that they represent around 100 times the amount that is required to cause a Permian style major extinction event, should the subsea Arctic methane be released in a short period of time into the atmosphere (Light and Solana, 2012-2014, Carana 2012 – 2014). There are also giant reservoirs of mantle methane, originally sealed in by shallow methane hydrate plugs in fractures cutting the Arctic seafloor (Light 2014, Carana 2013).”

“If only a few percent of the subsea methane hydrate reserves in the Arctic Ocean (some 1000 billion tons of Carbon) is dissociated and the methane is released into the atmosphere, it will cause total deglaciation and a major extinction event (Light and Solana 2002). The energy necessary to produce these Arctic methane release rates is relatively small; it requires only about one thousandth of the heat energy input from the Gulf Stream to dissociate the methane hydrates. Furthermore, the energy necessary to produce these Arctic methane release rates represents less than one millionth of the global warming heat energy being added to the oceans, ice, land and atmosphere by human fossil fuel burning. Unfortunately for us, global warming has heated up the oceanic currents fed by the Gulf Stream flowing into the Arctic, causing massive destabilization of the subsea methane hydrates and fault seals and releasing increasing volumes of methane directly into the atmosphere. The total human induced global warming is equivalent to 4 Hiroshima atomic bombs detonating every second (Nuccitelli et al. 2012). Humanity has signed its death warrant and our final extinction will be carried out by Mother Earth within the next 30 to 40 years unless we immediately take extremely drastic action to entirely curb our carbon dioxide pollution, eliminate large quantities of methane from the subsea Arctic Ocean, seawater and atmosphere (down to ca 673 – 700 ppb) and revert completely to renewable energy.”

Geoengineering (which includes global ionosphere heaters AKA HAARP facilities) has radically altered upper level wind currents, this has altered ocean currents and thus has contributed to the warm sea water now flowing into the Arctic which in turn is thawing methane hydrate deposits on the sea floor. DW

“The whole northern hemisphere is now covered by a thickening atmospheric methane veil that is spreading southwards at about 1 km a day and it already totally envelopes the United States.”

“The giant pollution cloud over the United States and Canada has speeded up the Gulf Stream by three times since the 1940s. The Gulf Stream carries huge quantities of heat into the Arctic Ocean where it is destabilizing subsea methane hydrates releasing vast volumes of methane into the Arctic atmosphere.” 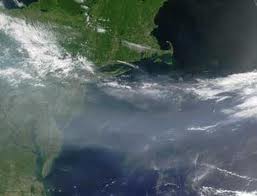 Strong consideration should be given to the statement above taken from the research essay. The “giant pollution cloud” is primarily from the climate engineering programs of total insanity. The 24/7 spraying of heavy metal and chemical particulates has completely saturated the atmosphere. Astoundingly, the “climate science” community has yet to acknowledge the elephant in the room. Global geoengineering may have already helped to seal our collective fate. DW

“We have just got over 14 years of progressively worsening weather with extreme storms before we face the possibility of an Arctic methane induced 8°C atmospheric temperature rise with associated global deglaciation and extinction.”

The entire “climate science” community has towed the line of lies in regard to their modeling, but not in the direction that most have chosen to believe. Virtually all the IPCC modeling falls radically short of revealing just how dire and immediate our situation is. The IPCC has not considered “feed back” loops (like methane release and ozone depletion) in any of their modeling. This fact means the modeling is all patently false and fictitious. The IPCC is in existence to hide the truth not to reveal it. By completely denying the ongoing geoengineering programs and the overall magnitude of what we face, the IPCC has done what the global power structure wanted them to do, keep populations from panicking. The power structure is buying time while they prepare for the coming total collapse of civilization as we know it. DW

“Quite clearly the global warming caused by pollution clouds pouring off the coast of the industrialized United States is generating a large air pressure differential, accelerating and heating the prevailing South Westerly Wind flow with its consequent wide ranging effects on the Gulf Stream seen as far north as the Central Arctic ” 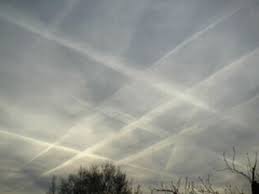 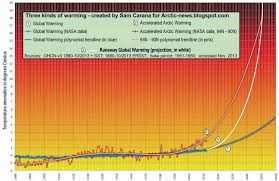 “The heat necessary to liberate methane from the methane hydrates in the Arctic Ocean and cause runaway global warming, total deglaciation and extinction in 2052 represents only one thousandth of the total amount of heat being added to the Arctic ocean by the Gulf Stream.”

The 2052 date represents a linear projection of deglaciation and extinction, we are in a very  non linear equation which means the actual timeline is in all likelihood much sooner if we stay on the current course. DW

“I cannot emphasize more, how serious humanity’s predicament is and what we should try to do to prevent our certain final destruction and extinction in the next 30 to 40 years if we continue down the present path we are following .”

An appeal from one of the author scientists is above. Even this seemingly strong statement likely falls far short of the immediacy of what we face. DW

“Over very short time periods of a few days to a few months the atmospheric methane has a global warming potential from 1000 to 100 times that of carbon dioxide (Figure 2a. and 24)”

Again, the above mentioned factor is not considered in any of the “official” modeling from the IPCC, NOAA, NWS, or other “official” sources of future climate modeling. DW

“The United States must immediately declare an international emergency of the most extreme kind and call for a UN conference of world governments, gas and oil companies, banks, engineers and scientists to select the fastest and most efficient way to deal with the escalating Arctic methane eruption threat. We are already 3 and a half years passed August 2010 when massive subsea atmospheric emissions started in earnest in the Arctic. The next two and a half years are all we have left to try to put a break on the Arctic methane emissions before the heating effects and sea level rise caused by the loss of floating Arctic and global deglaciation and Arctic methane induced global warming will be completely unstoppable and humanity will be facing total extinction before the middle of this Century (2040-2050).” 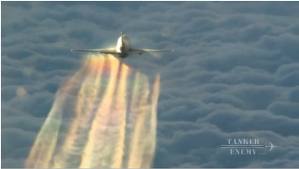 The critical warning above makes no mention of the ongoing global climate engineering, let alone calling for it to be halted. Even so, the warning should be headlines around the globe. Unfortunately it will be all too easily swept under the rug. Mainstream media is completely controlled and the population is sound asleep, at least for the time being. DW

“The excessive summer global warming of the Gulf Stream off the east coast of North America, is a direct result of the effects of eastward migrating pollution clouds pouring off the coast of the United States and Canada. This heat is transferred by the Gulf Stream directly to the most extreme methane eruption center (The Enrico Anomaly) in the Arctic at the methane hydrate rich, subsea end of the Eurasian Basin/Laptev Sea

We can look upon the globally heated Gulf Stream, as the North American greenhouse gas pollution hot line to climatic hell.”

The statement above makes clear the role “stratospheric aerosol geoengineering” (SAG) and “solar radiation management” (SRM) has played in regard to the total planetary meltdown now underway. The primary goal of SAG is to fill the atmosphere with light scattering particle pollution. This has been done over decades as “global dimming” is now fully 22%. In the insane attempt to play God with the climate system, the geoengineers have perhaps sealed our fate.

The horizon looks very dark at this moment in time, but knowing what we know, how can we not fight on with every bit of effort and focus we can muster? The more data we get, the more clearly the climate engineering programs are implicated in the fueling of the planetary extinction now fully underway. In addition to all the decimation from the atmospheric spraying listed above, these same programs are also literally poisoning every breath we take and every inch of the planet as a whole. What we face is nothing less than a fight for life on Earth.

The single greatest leap we could make in the right direction at this late hour is to expose geoengineering, those behind the programs, and all those involved them. If we could do this, the dominos of the climate engineering cabal of insanity would fall. This would give the planet the chance it desperately needs, to respond in its own way to the damage that has been inflicted on it.
Dane Wigington
geoengineeringwatch.org

18 Responses to Geoengineering And Near Term Planetary Extinction