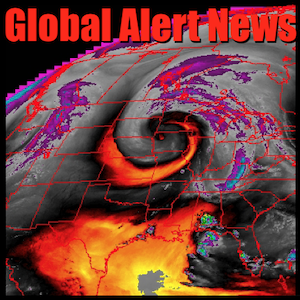 New reports on global air quality paint an increasingly dire picture for humanity. The ongoing climate engineering atmospheric aerosol spraying goes unmentioned even though it is mathematically the single greatest source of atmospheric fine particulate pollution. India's wheat crops have been fried by an unexpected record heat wave. Was this just an act of nature? Or is there much more to the equation?  The Amazon rainforest is being cut down at the fastest rates ever recorded, how much longer till nothing is left? What part is climate engineering playing in the demise of all remaining habitats? The latest installment of Global Alert News is below.

Geoengineering Watch wishes to express our gratitude to Maciej Kocialkowski for his ongoing tireless work toward raising awareness on the critical issue of climate engineering. The geoengineering awareness booth in the photo below was set up at the C Bascom Slemp Memorial Library, in Big Stone Gap, Virginia (4/22/22). Our deepest thanks to each and every activist that is doing their best to sound the alarm on the climate engineering operations. 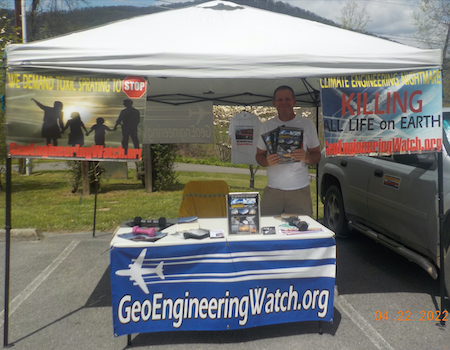 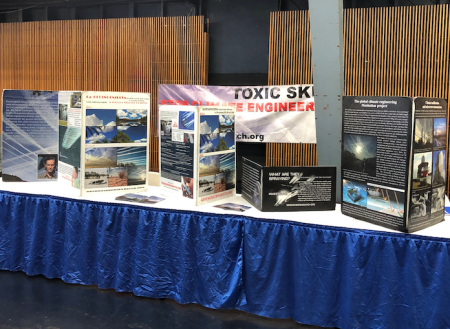 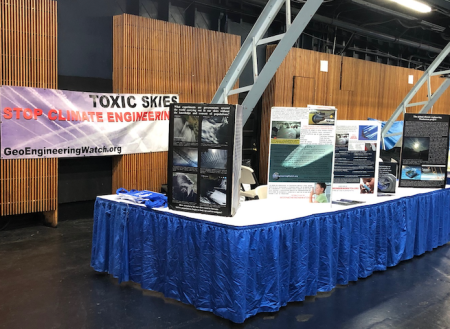