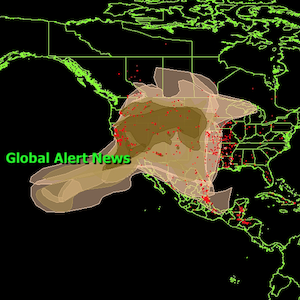 Hundreds of wildfires in the Western US have blanketed huge regions of the country in smoke. Other parts of the world, like Siberia and the Amazon rainforest, are experiencing unprecedented wildfires. Simultaniously, parts of the planet are being deluged with record rains. Systemic environmental collapse is unfolding. Governments around the globe are demonstrating their desperation by taking increasingly draconian actions to lockdown and control the masses. The latest installment of Global Alert News is below.

Courage is not defined as a lack of fear, it means doing what is right in spite of fear. All are needed in the critical battle to wake populations to what is coming, we must make every day count. Share credible data from a credible source, make your voice heard.
DW