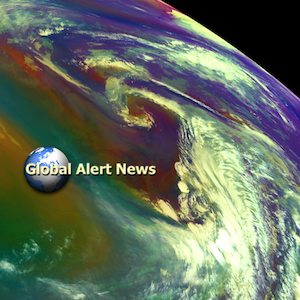 The “new normal” is beginning to sink in, but for how long will current conditions be accepted by populations? Societal breakdown is already unfolding. For over a decade institutions like the Rockefeller Foundation, the Bill and Melinda Gates Foundation and others have acted out "mock drills” of exactly the scenario that we now face. Was this just a coincidence? The global power elite have long since been aware that the planet's life support systems are breaking down at blinding speed. Is the unfolding environmental unraveling directly connected to numerous agendas that are now being carried out? The latest installment of Global Alert News is below.

How much longer do we have before any window of opportunity to affect meaningful change is gone? All are needed in the critical battle to wake populations to what is coming, we must make every day count. Share credible data from a credible source, make your voice heard. Awareness raising efforts can be carried out from your own home computer.
DW

Our thanks to Mike Torrence for his ongoing efforts to raise awareness at the Tonasket Farmers' Market in Washington State. 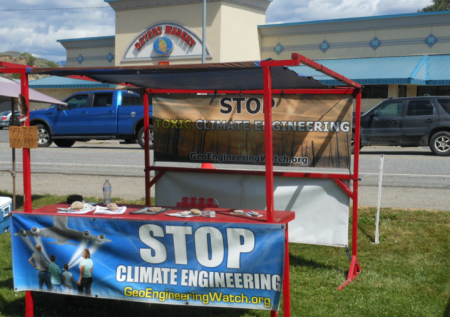 Geoengineering Watch wishes to thank Tom Keith for his ongoing climate engineering awareness efforts. The photo below was taken in July, 2020, at the Farmers' Market in Davenport, Iowa. 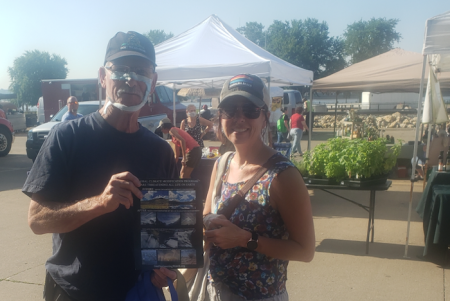 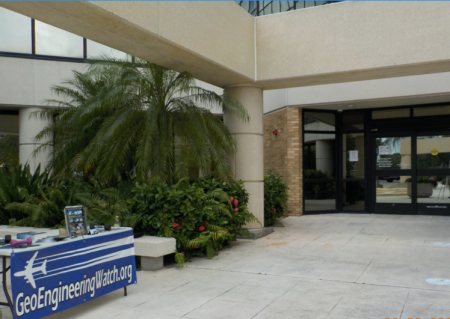 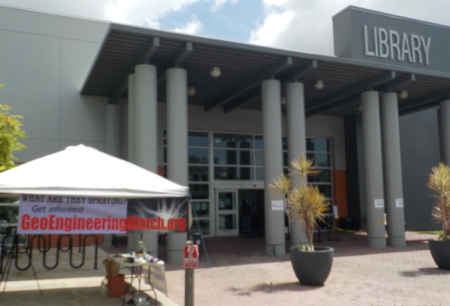