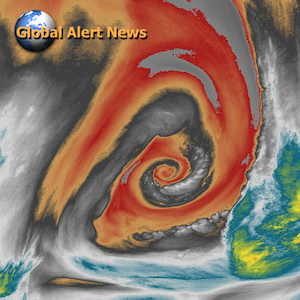 Spreading worldwide like a wildfire, is it in the air? A recent headline to consider, – "Coronavirus: Fishermen test positive despite spending 35 days at sea and testing negative before they left”.

What are actually the most dire and immediate challenges we collectively face? What will unfold during the coming weeks and months? The latest installment of Global Alert News is below.

Populations are beginning to awaken to the deception and oppression that they have been subjected to by global power structures. All are needed in the critical battle to wake populations to what is coming, we must make every day count. Share credible data from a credible source, make your voice heard. Awareness raising efforts can be carried out from your own home computer.
DW