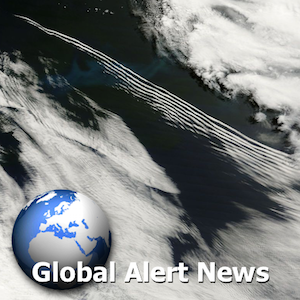 As winter approaches, the climate engineers will further ramp up the chemical ice nucleation assault everywhere they can. The temperature swings are becoming ever more radical and abrupt as weather-makers become increasingly desperate to hide the disintegrating climate from the public until the last possible moment. The paradox is this, every engineered cool-down created by the climate engineers further accelerates the unfolding overall climate implosion. The climate unraveling is a completely nonlinear equation, this fact cannot be overstated. What makes those in power willing to wield their weapons of total decimation? What drives them? Why don't they realize that their own demise is also inevitable if the current course of the human race is not completely and immediately altered? The latest addition of Global Alert News is below.

Many are frustrated and discouraged by the resistance to the truth they are experiencing from their families and friends. For those that have felt this frustration, know this, many shocking realities will be impossible to hide for much longer. The seeds of awareness you are sowing will very soon be forced to sprout, wait and see. Never give up, our combined efforts matter more than we can yet know or realize.
DW

This week's GeoengineeringWatch.org outreach booth is at the Oregon Convention Center, Portland, OR, and is shown below. My most sincere and continuing gratitude to the Gem Faire exhibition organizers for facilitating and setting up this very effective booth in every week's Gem Faire location. The schedule for upcoming Gem Faire events is HERE. A geoengineeringwatch.org booth will be at all events, thanks to the steadfast support of Gem Faire. 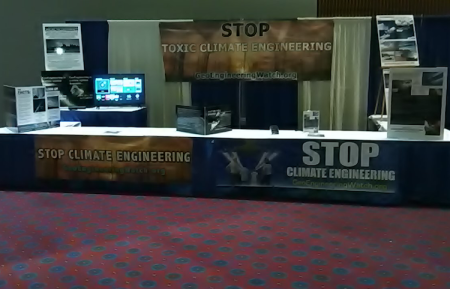 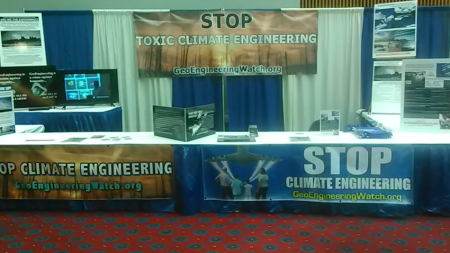