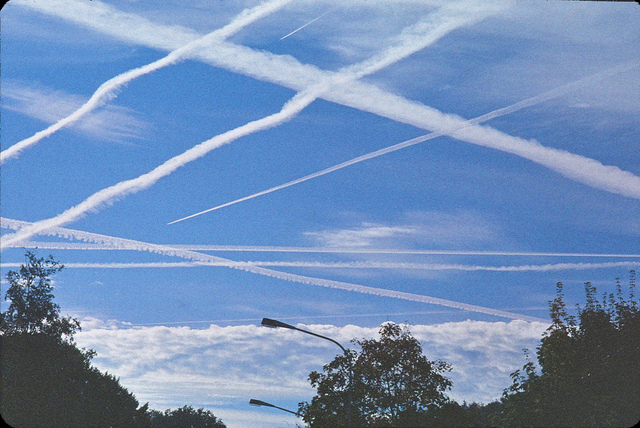 This essay begins with a question:  is “global warming”, aka “climate change” a diversion from weather modification by geoengineering, including HAARP, chemtrails, and microwave pulses? drkatesview Heralded by the ‘hockey stick‘ imagery of a world climate gone awry by man-made causes such as farting cows, smokestacks, auto emissions, breathing, deforestation, and economic growth of developed countries, are we so caught up in the confusion that we are ignoring the basic facts of weather modification that has been underway in this country since at least the Vietnam War?  And a second question:  why is the environmental community ignoring the significant impacts of weather modification as a part of its concern with “climate change’?

According to the Center for Research on Globalization,

The U.S. government routinely conducts experiments on weather modification, and has been doing so for at least half a century. Previously classified under such names as “Project Cirrus” (1947) and“Project Popeye” (1966), weather modification is no longer a secret practice. In fact, a bill (S517) was sponsored in 2005 by Texas Sen. Kay Bailey Hutchinson, a Republican, “to establish the Weather Modification Operations and Research Board, and for other purposes.” This bill did not become law. Yet, there is reason to believe that various government institutions are carrying out numerous legal and illegal weather experiments without informing the public.

It seems to me as obvious as the nose on your face: there is something causing the increase in severity of storms, droughts, hurricanes, typhoons, and earthquake-generated tsunamis, and it ain’t cow farts. Those citizen journalists who have documented the HAARP rings, microwave pulses, and chemtrails are on target with the geoengineering of global climate as the man-made source of ‘global climate change’  and have received the same treatment as others who have dared to tell the truth about any number of hazards that are intentionally created to do harm to citizens.  Somebody wants to make money and have total control through manipulating climate. No longer a secret then, we know what they are spraying, why they are spraying, and the additional tools that are used to manipulate the human environment and inject trouble into our very breathing space. While each one of these tools is dangerous in itself, the combined use of HAARP, chemtrails, and nanotechnology is wreaking havoc across America.  When you artificially heat the atmosphere, change its electrical properties, and send vibrational pulses into the earth, what is unleashed is something that cannot now be controlled or predicted. Do you think God created man to manipulate everything that is fundamental to life, like water, air, soil, and plant life? The following video is one of the best to be made so far on the actual origin and mechanics of HAARP, and how it is used to modify weather although its origins had the initial intent as a part of  our national defense systems.  It is a long film; my advice is to take it in pieces as it is well worth the view and the graphics show you how even large earthquakes can be generated by a technology that was made to manipulate the atmosphere. And my final question after all of this is, how dare they?