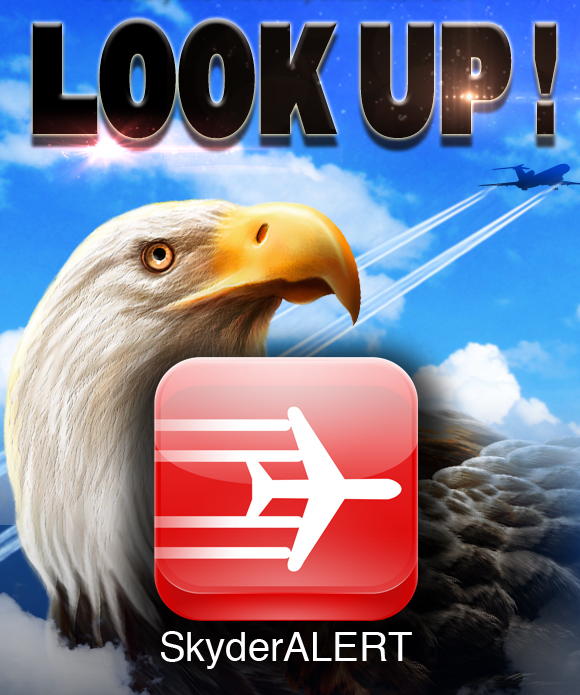 This documentary explores the topics of GeoEngineering, SRM (Solar Radiation Management), Weather Modification and "chemtrails", and introduces the public to new ways to protest against dangerous GeoEngineering initiatives by using the all new mobile app SkyderALERT. Put an end to the insanity. Look UP. Get the APP. Save the World. This film will make its world premiere on Alex Jones' popular website InfoWars.com. Hopefully, the Alex Jones site's growing numbers of followers will propel this very important film into the forefront of public awareness.

This is a new type of documentary NEVER DONE BEFORE. By using the patented mobile app, SkyderALERT, people will have the ability to capture visual evidence of this potentially catastrophic activity, petition against it, and send the evidence directly to the appropriate government officials– all in 1 click. You do not need to know who those officials are, or even where you are. Your position is automatically geo-located to ensure that the appropriate elected officials are selected for your state, city or district. SkyderALERT will even let you call your congresspeople, senators or governor directly… all by just using the app.

SkyderALERT releases for usage in the United States in early May 2013; the global version of the app will be released shortly thereafter.

There may be hope for democracy and freedom yet.

5 Responses to “Look Up!” The Award Winning Social Action Documentary