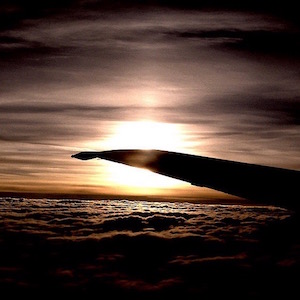 A shocking percentage of academia has completely sold out to the cabal that is currently controlling the world. What is the primary objective of this core of global power? To perpetuate at any cost. The inevitable killing of the host, planet Earth, is not a consideration for them. The true consequences of climate engineering are catastrophic beyond comprehension, yet, the dangers have never been a factor for those in power. The just released science study below is a reflection of the total moral depravity that now rules and runs industrialized/militarized society. What is the primary goal of the study? To determine the best approach to gaining public acceptance of "stratospheric aerosol injection". The individuals that authored this study and their employer (the Kiel Institute For the World Economy), should both be considered accomplices to the ongoing weather warfare crimes. Some excerpts from the report follow:

This paper analyzes determinants of technology acceptance and their interdependence. It highlights the role of affect in attitude formation toward new technologies and examines how it mediates the influence of stable psychological variables on technology acceptance. Based on theory and previous empirical evidence, we develop an analytical framework of attitude formation. We test this framework using survey data on the acceptance of stratospheric aerosol injection (SAI)…

Furthermore, affect is an important mediator between stable psychological variables – like trust in government, values, and attitudes – and acceptance. A person’s affective response is thus guided by her general attitudes and values. 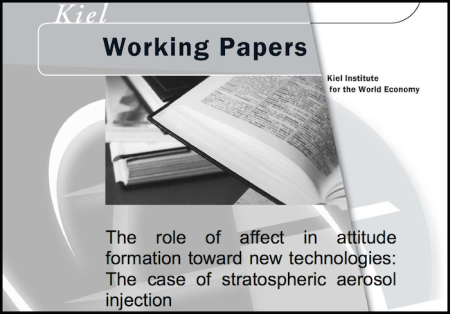 We live in an increasingly dystopian world in which the power structure (and the legions of academicians it controls) are not only creating conditions of planetary omnicide in their quest for total control, but they are also striving to make the public at large embrace the unfolding omnicide.

Fighting climate change is one of the major global challenges of the 21st century. However, even timely and substantial cuts in greenhouse gas emissions may fail to limit global warming to 2°C above preindustrial levels (IPCC 2014). Against this background, new technologies to limit global warming, known as climate engineering or geoengineering, entered the scientific and political debate. Climate engineering technologies could be an effective way to cool atmospheric temperatures and prevent massive damages from climate change. However, many of these technologies carry substantial risks. Stratospheric aerosol injection (SAI), for example, could change precipitation patterns or induce abrupt temperature changes…

Public concern about climate engineering technologies is substantial (Bellamy and Hulme 2011; Borick and Rabe 2012; Macnaghten and Szerszynski 2013; Merk et al. 2015) and has been voiced in protests…

In the present study, we analyze the factors that determine the acceptability of climate engineering for the case of SAI.

(1) How do stable psychological variables – i.e., values, environmental attitudes and risk attitudes, and trust in government – influence technology acceptance? Do they enter attitude formation via cognitive or affective pathways? 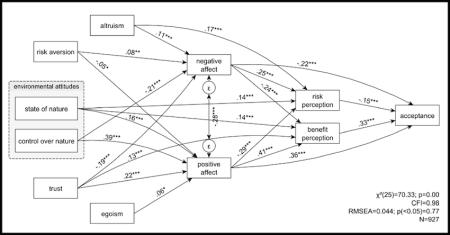 The chart above (taken straight from the report) makes the objective of this study crystal clear, to frame "stratospheric aerosol injection" in a way that will most likely produce public "acceptance".

Our model builds on established theories of risk perception and attitude formation and combines them into a comprehensive framework. It accommodates the value‐belief‐norm theory (Stern 2000) and the theory of planned behavior (Ajzen 1985) in assuming that the acceptance of a technology is determined by domain‐specific beliefs…

Values are guiding principles in the life of a person (Schwartz 1992). As stable characteristics they direct attention and form beliefs and attitudes across an array of contexts (Stern, Kalof et al. 1995). For environmental behavior, egoistic and altruistic values are particularly relevant (Stern 2000). In attitude formation toward technologies with environmental consequences, these values guide a person’s focus in weighing perceived risks and benefits (De Groot and Steg 2007; De Groot and Steg 2008). People with strong egoistic values display a preference for social power, wealth, authority, and influence; they tend to mainly consider perceived risks and benefits for themselves. By contrast, people with strong altruistic values display a preference for equality, world peace, and social justice and tend to focus on perceived risks and benefits for others.

1. This causal model of trust is particularly suitable for assessments of new technologies on which people have little information but are knowledgeable of actors involved (Earle 2010). The associationist model of trust, by contrast, supposes that the acceptability of a hazard influences perceived risks and trust in authorities. The associationist model is particularly suitable if people are knowledgeable about a hazard, but not about actors involved. For example, the acceptability of a hazard may be used to assess the trustworthiness of regulatory authorities… 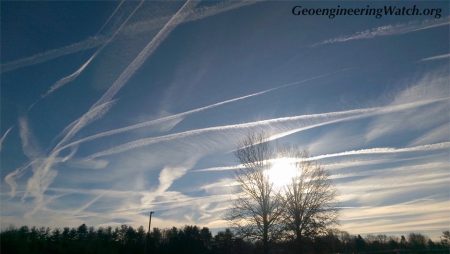 The global geoengineering assault (stratospheric aerosol injection) has been wreaking havoc on the climate system and the biosphere for decades. In spite of the total decimation being inflicted on our planet from the ongoing climate engineering programs, the players involved are too committed to their quest for total power to turn back.

Aerosol injection is yet only little known and protesting or supporting behavior has not yet evolved.

Through SRM, a portion of the sunlight is reflected before it can warm the Earth. This can be achieved by, for example, spraying sulfate particles into the atmosphere at a high altitude.

… respondents were asked about their acceptance, their risk and benefit perception as well as their affective response to aerosol injection. Finally, altruistic and egoistic values were elicited.

It changes the amount of precipitation.

It can take away people's motivation to change their lifestyle.

There is the possibility of further unknown and unforeseeable risks.

The abrupt increase of Earth's temperature in case of a sudden stop of SRM can lead to severe problems for humans and the environment.

The use of SRM could cause international conflicts.

Global warming is slowed down more quickly than by cutting greenhouse gas emissions.

Massive and irreversible changes in the climate can be stopped before too much damage is done.

It is cheaper than reducing the consumption of fossil fuels.

Even if certain countries do not want to reduce their greenhouse gas emissions, it is possible to stop climate change.

The claimed "benefits" of "stratospheric aerosol injection" are a reflection of the usual military/industrial complex mentality of programmed delusion. The already proven reality is this, climate engineering is nothing short of a global cataclysm. Geoengineering programs are the greatest and most destructive assault ever launched by the human race against the life support systems of planet Earth.

Trust in government was measured by the question `How much do you trust that the federal government will act in the interest of the environment and the society?’ We thus used a broad definition of general trust in good intentions for society and the environment. The 4‐point response scale ranged from `do not trust at all’ (1) to `trust completely’ (4).

However, the relevance of beliefs about humans’ capacity and right to rule over nature likely varies with the perceived scope of the technologies’ interference with nature.

We proposed a technology acceptance framework that captures the interplay between values, attitudes, affect, risk and benefit perception, and the acceptance of new technologies. Using data from a large survey, we successfully tested the framework analyzing the determinants of the acceptance of stratospheric aerosol injection.

Our data show evidence of both affective and cognitive pathways in attitude formation. Acceptance is directly influenced by positive and negative affect, as well as perceived risks and benefits. People are, however, more strongly guided by affect than by their perception of risks and benefits. Furthermore, affect is the most important mediator between psychological variables – such as trust, values, and attitudes – and acceptance. All variables influence acceptance partly through an altered affective evaluation. Only trust, altruism, and state of nature change the perceived effects of the technology not only via affect but also directly.

In our survey, we provided neutrally framed, unbiased information. Only few respondents had heard about aerosol injection before the survey and there has not yet been a broad public discourse about the topic.

This is the world we currently live in, one in which the vast majority are all too willing to serve the cancer that is consuming the planet so long as their service and obedience produces a paycheck and a pension. The current paradigm is already well into the process of collapsing, those that still refuse to believe reality will very soon be forced to face it. If we all work together we could yet expose climate engineering before the power structure is prepared for this to occur. If we can expose it, we can stop it. We need to reach this goal before the coming collapse materializes and we lose our ability to communicate on the current scale or perhaps the ability to communicate at all. Help us to sound the alarm, make your voice heard, time is not on our side.
DW