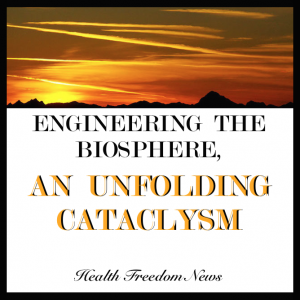 With each passing day the curtain of secrecy and controversy surrounding the climate engineering issue is being pulled back.  When prestigious and reputable publications are finally willing to publish feature articles that address the ongoing geoengineering insanity head on, we are indeed gaining ground in this battle. Health Freedom News is a hard hitting publication that is dedicated to expositing the truth for the common good. Their editors have shown exceptional courage and commitment to their readers, subscribers, and supporters by printing the article below in their current issue. The magazine article can be read by clicking the individual images to enlarge them. Again, my most sincere gratitude to Health Freedom News magazine for their courage in addressing the critical issue of climate engineering.
Dane Wigington
geoengineeringwatch.org

Engineering The Biosphere, An Unfolding Cataclysm 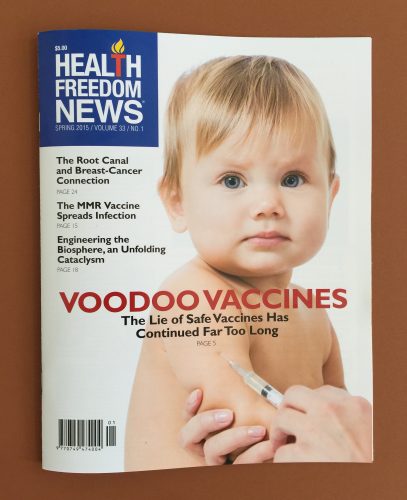 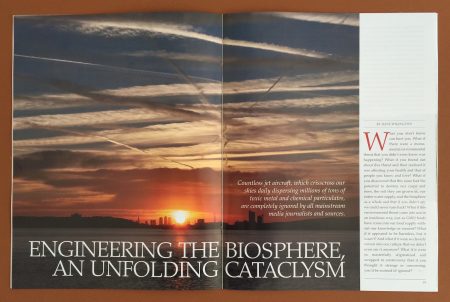 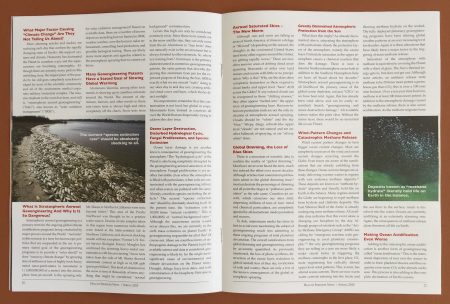 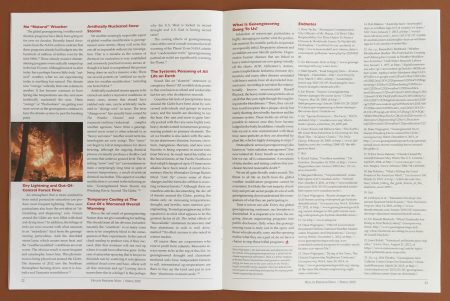 Those that are interested  in acquiring an original copy of this issue of Health Freedom News (Spring 2015 / Volume 33 / No.1) can get it here. Those who wish to thank the magazine personally can do so by leaving a comment of support here.

If you wish to view this whole issue of Health Freedom News, click the icon below for a full PDF version of the magazine (8.46MB)