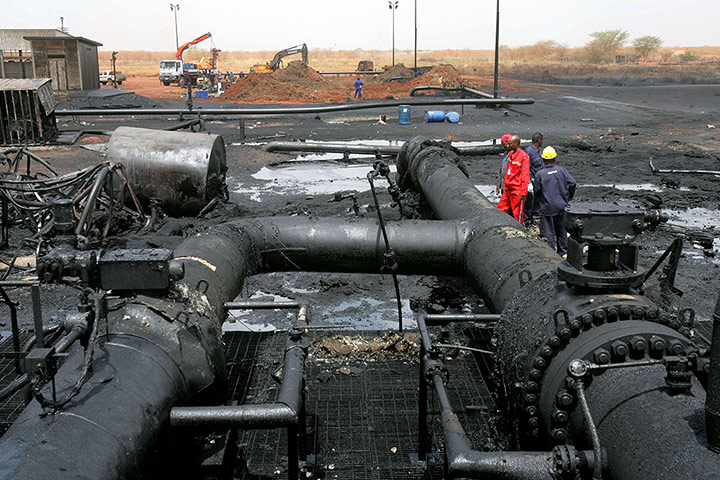 Taken as a whole, the human race has shown virtually no regard for the total lack of sustainability of its actions. Unfortunately, many people have bought into the lie that we will never run out of oil or the lie that technology will always save the day. So far technology has propelled humanity (and the rest of life on Earth) toward likely near term extinction, on the current course extinction is a mathematical certainty. Finite resources have been used as if they had no end, modern civilization has been completely constructed with this ideology. We are already hitting the resource depletion wall, thus the rapidly escalating conflicts around the globe. Whatever the mainstream media propaganda machine states as the reason for the ongoing and endless wars, in reality, it’s all about resources. How much fossil fuel is needed to keep the covert climate engineering going for example? A fully loaded military tanker like a KC-135 burns nearly a gallon a second (about 2700 gallons an hour). How many geoengineering jet tankers are circling the globe and spraying toxic metals and chemicals into the air at any given moment? A single gallon of jet fuel burned at altitude produces about 20 lb of Co2, how good is this for the enviroment? This is not even to take into account the massive payloads of toxic materials being sprayed. The US military is addicted to oil, they are the worlds largest fuel burning entity. In the words of James Kunstler, the “fossil fuel fiesta” is in its death throws, global conflict will continue to escalate as the battle for the globe’s remaining resources heats up. The 6 minute video below is an excellent glimpse of the glutinous and completely unsustainable resource consumption of industrialized society.
Dane Wigington
geoengineeringwatch.org