Scientists Seek to Legitimize Geo-Engineering While Acknowledging Its Catastrophic Effects 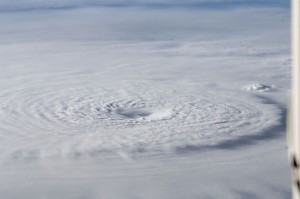 There are still many people who believe that anyone pointing out “chemtrails in the sky” and asking questions is somehow out of tune with reality. But this is slowly changing as geoengineering and its effects cannot be kept under wraps any longer. So it is not surprising that the first to come out on mainstream media are so called experts. Playing on the current “scientific consensus” that the earth is warming and a climate catastrophe is imminent, they call on geoengineering to be regulated on a global scale.

Controversial geoengineering projects that may be used to cool the planet must be approved by world governments to reduce the danger of catastrophic accidents, British scientists said.

Met Office researchers have called for global oversight of the radical schemes after studies showed they could have huge and unintended impacts on some of the world’s most vulnerable people.

Packed nicely into the language of preventing catastrophic incidents and protecting “some of the world’s most vulnerable people” they argue for a global “sign – off” by governments.

“The massive complexities associated with geoengineering, and the potential for winners and losers, means that some form of global governance is essential,” said Jim Haywoodat the Met Office’s Hadley Centre in Exeter.

It is interesting to note that this comes from the Hadley Centre, the same institution that was at the centre of the “climate-gate scandal”. Some of the most prominent advocates of manmade global warming are working there.

As people are slowly waking up to the facts of global geoengineering and start questioning the practice, which has been going on for decades under the radar of  the public and without debates in national parliaments or the UN, this awakening leads to the need to legalize this practice. This is exactly what these scientists and experts are now calling for. It is however interesting that they admit that through geoengineering catastrophic events already took place (emphasis added):

The dangers arose in projects that cooled the planet unevenly. In some cases thesecaused devastating droughts across Africa; in others they increased rainfall in the region but left huge areas of Brazil parched.

While the unaware public is wondering why there are droughts in one region and deluges in others, why there are unprecedented wildfires in one region and out of season hurricanes in others, the messing around with the atmosphere has been going on at an accelerated rate. Now it seems that even the advocates of the global warming theory get a little scared (emphasis added):

The warning builds on work by scientists and engineers to agree a regulatory framework that would ban full-scale geoengineering projects, at least temporarily, but allow smaller research projects to go ahead.

All in all it is a half hearted attempt to justify the massive stratospheric geoengineering that is going on and by asking for an international regulatory framework they hope they can legalize their past catastrophic actions.

They acknowledge that there are “massive complexities associated with geoengineering”  (and by extension massive complexities with climate science in general). If these scientists and experts were serious they would simply admit to the fact that climate science is far from an agreement on the scale of global warming or even if it takes place at all. Instead of calling for an immediate end to stratospheric geoengineering and pleading guilty to having messed up the natural cycles of the weather patterns they now want the absolution by international regulation making geoengineering legitimate retrospectively.  And of course there is no mention in this mainstream article about the military use of weather modification and the HAARP facilities. Neither is there any information about the ingredients found in the toxic mixture that is sprayed and its effects on all living things.

The  seemingly benign article morphes into a nice piece of disinformation by omission. Having said this in these times it is an act of courage by the Guardian to touch this issue at all and to include one thoughtful voice, that of Matthew Watson, who leads the Spice project at Bristol University. He commented:

“This paper tells us there are consequences for our actions whatever we do. There is no get-out-of-jail-free card,”…

“That opens massive ethical questions: who gets to decide how we even determine what is a good outcome for different people?”………