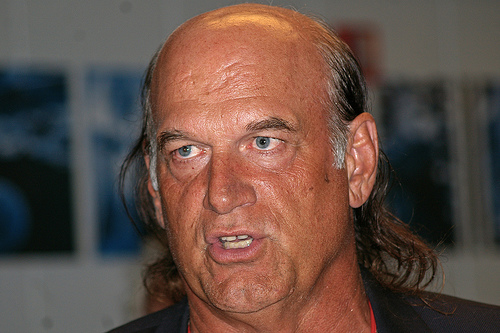 What happened to Jesse Ventura? No matter what there was not to like about Jesse, one always felt that he at least was making an effort to expose uncomfortable truths. Now, with Ventura’s latest piece which focused on “chemtrails” (of course Ventura avoided the scientific terms of “geoengineering” and “climate engineering”), he has taken a giant leap into the disinformation camp. Does Ventura present any real data? No. Does he make any effort to use science terms that relate to climate engineering like “solar radiation management” (SRM) and “stratospheric aerosol geoengineering” (SAG)? No, again. Doesn’t Ventura see any sign of respiratory related disease increasing worldwide? Does he see no increase in diseases related to aluminum exposure like autism and Alzheimer’s? Every known ailment connected to these two factors is going virtually off the charts. What is Jesse’s “oracle of truth” for his total disinformation piece? None other than geoengineer Ken Caldeira, former employee of Lawrence Livermore National Laboratory.

Is this the best you can do, Jesse? Are we all supposed to ignore what we can see with our own eyes in the skies above because you and professional liar Ken Caldeira say it isn’t so? We have up close film footage of jets spraying at altitude turning on and off with the nozzles visible, didn’t you do any investigation at all? Are we to forget about the mountain of science data on global climate engineering? Should we all pretend that there aren’t historical documents, congressional documents and UN global governance documents also addressing climate engineering? Mr. Ventura, you have truly abandoned any sense of honor that you may have once had. Your participation in what can only be considered a total travesty of truth should cause you to bow your head with shame.

Is Ken Caldeira a paid liar with no apparent sense of remorse for his part in helping to hide the greatest crime of genocide and ecocide ever carried out by the human race, global climate engineering/geoengineering?  Caldeira goes on to claim that every scientist would jump at the chance to be famous by exposing the largest and most destructive covert government programs of all time if “chemtrails” (geoengineering) were really true. Really Ken? Mr. Caldeira is also apparently living in an alternate reality. Has he heard of the NSA and Edward Snowden? Is this the kind of notoriety Ken thinks any scientist would “jump at”? And isn’t it interesting that Caldeira never once mentioned the term “geoengineering” when he has been an open advocate for global climate engineering programs for many years?

Ken Caldeira testifies before congress on the merits of geoengineering, this is only one small example of Caldeira’s history on this subject.

What else has Geoengineer Ken Caldeira said on the record? A direct quote is below:

Caldeira: “I used to work at Lawrence Livermore Lab where we all participated in a meeting. Where we sat around the room thinking of ways to manipulate geophysical systems to use it as a weapon. That means could you somehow interfere with the earth’s functioning in a way that you could use it as a military weapon. Could you change climate, what could you do to manipulate the earth’s physical system. Some of the ideas were, could we blow up hydrogen bombs underwater or offshore to make a tidal wave that would go over a city. The result was isn’t it easier to drop the hydrogen bomb on the city? Now, you could imagine putting pathogens in a cloud. Let the cloud go over somewhere and rain down on your enemy, do chemical or germ warfare. That may work on something as big as the former Soviet Union, where you could be pretty sure that in a few days that cloud would rain out.”

Ken Caldeira appears to have long since abandoned any sense of honor or morality. I met Ken in 2010 at the AAAS conference in San Diego. He could not look me in the eyes then and it seems in the show he did with Ventura he could not even look directly at the camera. If you are not OK with Mr Caldeira’s behavior in regard to the subject of global geoengineering and the ongoing attempts to cover up this crime, perhaps you should start a dialog with Ken and let him know what you think.

Full article containing quote from Ken Caldeira is below.
http://newyorkskywatch.com/climate-engineers-war-profit-survival/