The Consequences Of Geoengineering, 10 Critical Points 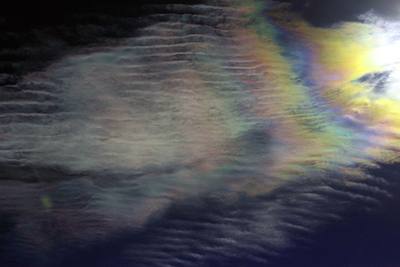 Governments around the globe long ago made the decision to alter and manipulate Earth's weather and climate systems. This decision was made without the knowledge or consent of the public. Some of the agendas behind the diliberate manipulation of Earth's life support systems are clear (based on available data). One major objective is weather warfare. The US militray has stated its desire to "Own The Weather By 2025", and there are numerous historical examples of weather warfare such as "Project Popye" in Vietnam. An even greater aspect of the atmospheric manipulation is the attempt to slow down what may already be a "runaway greenhouse effect" on our planet. What are the known consequences of the climate engineering insanity? The 10 bullet points below should be considered.

1. Global aerosol spraying (SAG and SRM, stratospheric aerosol geoengineering and solar radiation management) are literally poisoning all life on Earth day in and day out. Every breath we take contains microscopic toxic nano particulates. Such small particles are extremely damaging to the respiratory and neurological systems and cannot be filtered out with any readily available filtration mechanisms. They are so small that they penetrate straight through the lung lining and into the blood stream. There, they can adhere to cell receptors like a plaque, slowly but surely damaging our health and bodily functions such as the neurological and immune systems. The particulates are also a platform on which fungal proliferation runs wild. Recent studies state 70%+ of all current plant and animal extinction is now caused by fungal infection.

2. The protective layers of the atmosphere, most specifically the ozone layer and the ionosphere, are being shredded by the aircraft sprayed aerosol clouds. This renders all life on planet Earth exposed to dangerous levels of UV radiation. The science on “particulate clouds and their effect on the ozone layer” is very clear. Such clouds destroy ozone. Period. UV levels are already increasing dramatically around the globe (Monsanto has already engineered UV resistant crops). Recent UV metering proves UVB levels in parts of the northern hemisphere are now often 1000% higher than agencies are disclosing. If the ozone layer disintigrates, there will be no terrestrial life on Earth.

3.  SAG and SRM have very likely been major contributing factors to the current methane “planetary emergency” now occurring on the East SIberian Shelf of the Arctic. This emergency, as stated by the research scientists involved, is the massive methane expulsion from the sea floor. Methane hydrates have now reached a temperature which will no longer allow its former retention in hydrate form on the sea floor. This warming of the oceans has been fueled in part by the spraying. Though SAG and SRM can achieve significant temporary cooling anomalies over large areas, it comes at a cost of a worsened overall global warming. The gravity of this methane event cannot be overstated.

4. Saturating the atmosphere with geoengineering particulates “diminishes and disperses rainfall”. Period. The excess of condensation nuclei causes moisture droplets to adhere to these nuclei and thus droplets do not combine and fall as precipitation, but continue to migrate in the form of artificial aerosol cloud cover. This is one of the reasons SAG and SRM cause devastating droughts in many regions around the globe. Monsanto is engineering a long list of drought resistant crops in response, welcome to disaster capitalism. Devastating deluges are also connected to climate engineering as moisture that was migrated over one region comes down in a torrent somewhere else. Deluge can also occur as a result of climate engineering as rain prevented from falling in one region overaccumulates in another zone.

6.  SAG and SRM greatly reduce wind flow overall. Again, wind is a major component of evaporation. The science regarding aerosol clouds and their effect on wind is well documented. The term "global stilling" is now used by some scientists to describe the unfolding phenomenon. Again, there are always exceptions to this overall effect. Surface winds can also be increased with various climate engineering methods.

7.  The SAG and SRM particles are “light scattering” materials. This alters the light spectrum and will likely cause many negative effects on all life forms. Blocking out the sun alone is of extreme concern regarding photosynthesis, but when one considers the fact that the light which does get through the toxic particulates now in our atmosphere is in an altered wave form, the level of concern is greater still. Statistically 98% of the US population is vitamin D deficient, yet another likely result of “global dimming” and the altered light form now reaching the surface of our planet.

8. Our air, soils, and waters are being poisoned day in and day out and thus sterilized by the highly toxic fallout from SRM and SAG spray programs. The totality of damage already caused by this fallout could never be quantified. Our ability to grow food and sustain our forests has long since been radically comprimised by the ongoing and catastrophic climate engineering programs.

9. “Bioavailable” aluminum, now in nearly every drop of rain falling around the globe, is very harmful to most plant life. When the organisms detect the contamination, they shut down nutrient uptake to protect their DNA. This can cause a very slow and protracted death of the organism. The effects of “bioavailable aluminum” are well documented. Again, a point of interest is the fact that Monsanto is engaged in the production of “aluminum resistant” seeds.

10. All global weather is being affected by these spray programs. At this point, there is little or no weather that could be considered “natural”. There is no way to even begin to quantify the damage being done to all life on Earth by SAG and SRM. The current global extinction rate is beyond shocking, we are statistically in the 6th great extinction on our planet right now. The losses are in the range of 200 species of plants and animals every single day. This rate is now 10,000 times “natural variability” (1,000,000% of normal). The overall decimation being inflicted on our planet and the entire web of life from the ongoing SRM and SAG programs is immense and unquantifiable. Mass die-off, completely disrupted weather, global contamination of air, soils, and waters, all are being radically accelerated by the climate engineering insanity. Global geoengineering is the greatest and most immediate threat to life on Earth short of nuclear cataclysm.
DW

33 Responses to The Consequences Of Geoengineering, 10 Critical Points