The Dark Cloud Of Monsanto Continues To Expand 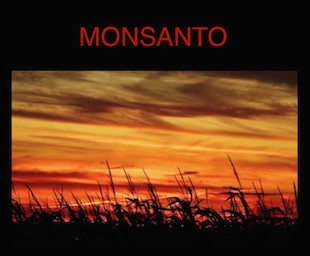 The Monsanto corporation has long since become synonymous with corruption and the irreparable destruction of the natural world. Monsanto is simply a disaster capitalist company that carries out the bidding of the shadow governments that currently run the world. When the western power structure contaminates the entire planet with toxic heavy metals related to the ongoing climate engineering programs, Monsanto is there with GMO aluminum resistant seeds. Now that the ongoing aerosols spraying of our atmosphere has shredded the ozone layer (exposing us all to highly dangerous levels of UV radiation), Monsanto is again ready with UV resistant GMO seeds. And what about the toppling of the former Ukrainian government (which was democratically elected) by the western power structure? Yet again Monsanto's tentacles appear on the scene. Populations around the globe must awaken and stand together if we are to have any chance of exposing and halting the cancer of insanity that is literally taking over the world. The article below is the latest chapter in the ongoing growth of this cancer.
Dane Wigington
geoengineeringwatch.org

Land Grab In Ukraine Is Monsanto's Backdoor To The EU

The quest for Ukraine’s legendary black earth is almost complete. To the dismay of French, Polish, German farmers, the multinational agricultural corporation Monsanto, as well as DuPont Pioneer and John Deere, have all lobbied for access to the largest agricultural market in Eastern Europe. This will soon reshape the market for agricultural products in the EU and spell ruin for Europe’s farmers.
In Nov. 2013, the Ukrainian Agrarian Confederation drafted a legal amendment that will benefit global ag producers by allowing the widespread use of genetically modified seeds. Taking a backseat to the dramatic political developments there, this turn of events went almost unnoticed, although Monsanto has been lobbying within Ukraine’s agricultural market for quite a while. Back in 2007 the US embassy in Kiev demanded that the Ukrainian government take action against sellers of “fake” seeds (i.e., producers competing with TNCs).
When GMO crops were legally introduced onto the Ukrainian market in 2013, they were planted in up to 70% of all soybean fields, 10-20% of cornfields, and over 10% of all sunflower fields, according to various estimates. That equals about one million hectares of land growing GMO crops (or 3% of the country’s total farmland). Leaving aside for the moment the controversy about the hazards of GMOs in general, let us merely consider how the seizure of the Ukrainian market by American multinational agribusinesses will affect the EU’s economy.
Since the mid-90s the Ukrainian-Americans at the helm of the US-Ukraine Business Council have been instrumental in encouraging the foreign control of the Ukrainian ag industry. Within two to three years, as the relevant provisions of the Association Agreement between Ukraine and the EU go into effect, Monsanto’s lobbying efforts will transform the Ukrainian market into an oligopoly consisting of American corporations.
Although the media in Kiev is awash in patriotic rhetoric, it is unlikely that any heroic figures will emerge who will stand up for the right of new generations of Ukrainians to live and work on wholesome land. The intellectual standards of the work being done by the Ukrainian Grain Association, for example, the largest umbrella organization of Ukrainian farmers, are on eloquent display in its latest press release, which needs no further comment.
Within a few years ag producers will expand their use of biotechnology licensed from the US, which Article 404 of the Association Agreement with the EU somewhat ambiguously refers to as “best practices … for agricultural policies.” Making Ukrainian ag producers addicted to seeds that are only available from America is part of a relentless PR campaign promoting GMO technology throughout Europe that brandishes keywords like “innovation,” “biotechnology,” and “the common EU market.” 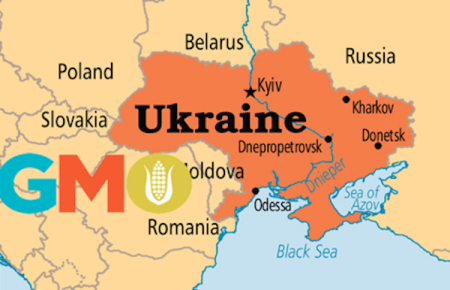 Within the next few years, as addendums to Ukraine’s Association Agreement with the EU go into effect, Monsanto is counting on a significant increase in the acreage of ​​GMO cropland in Ukraine. Afterward they will begin to act out their role as a colonial power, raking in profits from emerging markets, although India already knows that story does not have a happy ending. The company was booted out a few years ago, after a ghastly outbreak of mass suicides among the local farmers, according to the Times of India.
Because of budget deficits and their dependence on the IMF, Ukrainian banks are now firmly tethered to external financing. IMF loans and assistance from the World Bank and other supranational organizations are secured by Ukraine’s rich black earth, in a practical as well as a legal sense. Local banks will only offer favorable credit terms to those farmers who agree to use certified herbicides. Naturally those are manufactured by Monsanto. The corporation will receive a steady income from that precious black earth, “wringing” the fertile soil dry.
Further proof that American investors have a sincere appreciation for the value of Ukraine’s black earth can be seen in the recent acquisition of a 50% stake by the investment fund Siguler Guff & Co in the Ukrainian Port of Illichivsk, which specializes in agricultural exports.
Ukraine controls a third of all arable land in Europe. The hasty introduction of biotechnology into developing countries leads to deplorable results that are evident in Latin America and Africa. But Europe’s farmers will go bust much earlier. Their goods, which are produced by workers in the EU where the price of labor is quite exorbitant, cannot compete with the influx of GMO products from Ukraine.
Polish farmers know very well where all this is heading. They cannot win a court fight against the lawyers employed by these multinational giants, and so in 2013 they shifted their tactics in favor of mass protests.
By contrast, ag producers in France, Germany, and other EU countries still seem indifferent. The bottom line is that European farmers, who are somewhat removed from politics, have not yet grasped that Washington’s much-hyped propaganda about “working toward democracy in Ukraine” has but one objective – to toss another lasso around Europe’s economy and her agricultural producers, bringing them to their knees.
Source: Oriental Review

3 Responses to The Dark Cloud Of Monsanto Continues To Expand