The Silencing Of Scientists As The Power Structure Takes Control 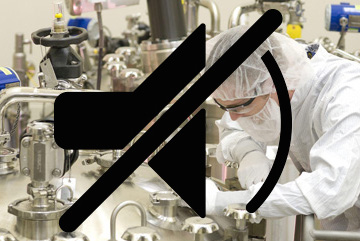 The human race and all life on Earth is plummeting  toward extinction on the current trajectory, where is the voice of reason and science? The cancer that is the global power elite has successfully paid off, threatened, corrupted, or otherwise silenced the scientific community that should be sounding the alarm on countless fronts. Now, special interests are the source of the “science” that determines our collective fate. From the blatantly visible climate engineering assault taking place in our skies day in and day out, to the GMO insanity and countless things in between, the unravelling of the biosphere and the web of life is accelerating rapidly. The global population must be awakened to the war that is being waged against them by those in power. So many in the science community will come out from the shadows if we the people can provide the cover to do so. All must do their part to sound the alarm. The 2 minute video and article below are shocking testimonials as to the hijacking, corrupting, and/or ignoring of the science community  at all of our peril.
Dane Wigington
geoengineeringwatch.org

Bill Passed: EPA Must Take Advice from Industry Shills, NOT from Independent Scientists 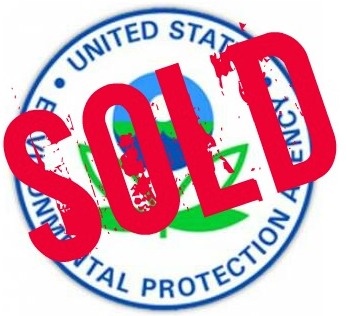 The Environmental Protection Agency is a federal agency that is charged with the responsibility of writing and enforcing legislation to protect human health and the environment.  Established under Nixon in 1970, the EPA is another one of those agencies that sounds like a good idea, until you peel off the shiny friendly top layer to discover the stench of corruption underneath. Up until now, they at least pretended to be there to serve as watchdogs, but it seems like they’ve decided to give up on that silly illusion.

Since they are looking after all things environmental, they need unbiased specialists to advise them on policies and issues.

Silly me, I always thought that sounded sort of…I dunno…science-y.

Our estimable House of Representatives disagrees.

Apparently they feel the EPA should not take advice from independent scientists at all. In fact, they believe it so strongly that they just passed a bill barring the freaking ENVIRONMENTAL PROTECTION AGENCY from taking the advice of independent scientists. They are now expected to take their advice from people who are “industry affiliated.” Oh – and those people don’t actually have to be scientists at all.

Yeah. Because that’s not a conflict of interest.

Certainly people who work for companies like Monsanto or Dupont will be diligent in ensuring a healthy environment, even if it costs their companies extra money, right?  I’m sure those folks that work for companies that indulge in fracking will absolutely halt it if it seems like it’s causing problems with the groundwater or something. No matter what the cost to their companies, we can all feel confident that they’ll stringently do what’s right.

A bill passed through the US House of Representatives is designed to prevent qualified, independent scientists from advising the Environmental Protection Agency (EPA). They will be replaced with industry affiliated choices, who may or may not have relevant scientific expertise, but whose paychecks benefit from telling the EPA what their employers want to hear.

The EPA’s Science Advisory Board (SAB) was established in 1978 to ensure the EPA uses the most up to date and relevant scientific research for its decision making and that the EPA’s programs reflect this advice. It has served in this role, most often uncontroversially, through 36 years and six presidents. If the new bill passes the Senate and wins presidential approval, however, that is about to change.

The bill would prevent scientists from voting on the release into the environment of a chemical by their employers. Nevertheless, they would be allowed to vote to release a nearly identical chemical, Grifo notes, including some that would set a precedent that would be very useful to the company in future decisions.

More insidiously, research scientists are barred under the act from advising on any topic that might “directly or indirectly involve review and evaluation of their own work”. In other words, the only people barred from advising the EPA on a particular chemical are those who have actually studied its toxicity or effect on the environment. (source)

How does it even make the slightest bit of sense to have the foxes that financially benefit in charge of this particular hen house? How can they possibly justify this decision?

One controversy after another can be attributed to the EPA, an agency charged with protecting the air we breathe, the soil in which we grow our food and the water that we drink.  Despite irrefutable proof that glyphosate causes cancer, the EPA  increased the amount allowed to be used agriculturally.  They regulate everyday folks, forcing upgrades of woodstoves, while allowing big businesses to pollute in far more spectacular an amount than a self-sufficient family could ever create.  When the radiation from Fukushima

became alarmingly high on our shores, the EPA was right on top of things with their response. First, they promptly closed down 8 of 18 radiation measuring stations in the hardest hit area, California.  Then, to further calm the good people of the nation, the EPA magically changed the numbers.  They’ve raised the amount of radiation that we can safely absorb and ingest.  It wouldn’t do for the large factory farms to be unable to sell their tainted produce or for the huge dairies to be stuck with all that radioactive milk. In fact, the radiation in our food supply was of so little concern to the EPA that they began to tell us that a little bit of radiation is good for us. According to a report citing the EPA, a bit of radiation can prevent cancer, instead of causing it.

At the bottom of each controversy can be found ties to the conspiracies of the big businesses that really run the country.  Decisions are being auctioned off to industry lobbyists with the most money and influence.

And now, the elected officials in the House of Representatives have just sanctioned a blatant corporate takeover of the EPA.  They aren’t even pretending to be protecting the environment now.