The Storm That Will Unfreeze the North Pole 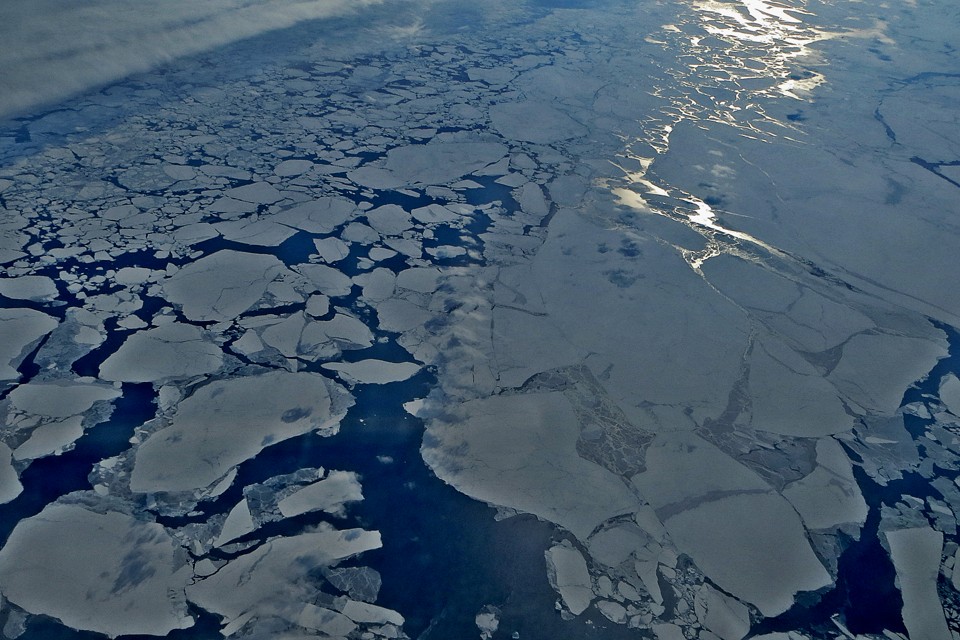 It caps off a month—and year—of weird weather.

The sun has not risen above the North Pole since mid-September. The sea ice—flat, landlike, windswept, and stretching as far as the eye can see—has been bathed in darkness for months.

But later this week, something extraordinary will happen: Air temperatures at the Earth’s most northernly region, in the middle of winter, will rise above freezing for only the second time on record.

On Wednesday, the same storm system that last week spun up deadly tornadoes in the American southeast will burst into the far north, centering over Iceland. It will bring strong winds and pressure as low as is typically seen during hurricanes.

That low pressure will suck air out of the planet’s middle latitudes and send it rushing to the Arctic. And so on Wednesday, the North Pole will likely see temperatures of about 35 degrees Fahrenheit, or 2 degrees Celsius. That’s 50 degrees hotter than average: It’s usually 20 degrees Fahrenheit below zero there at this time of year.

Winter temperatures have only snuck above freezing at the North Pole once before. Eric Holthaus, Slate’s meterologist, could not find an Arctic expert who had witnessed above-freezing temperatures at the pole between December and early April.

2015 is the warmest year ever recorded. Thirteen of the top 14 warmest years on the books have happened this century. And here in the United States, it has been a hot, strange month. Many cities across the northeast smashed their Christmas and Christmas Eve temperature records not at midday, but at the stroke of midnight. For the hundred-plus years that New York temperatures have been recorded, the city has never been warmer than 63 degrees Fahrenheit on a December 24. Yet at 1 a.m. on Christmas Eve of this year, the thermometer measured 67 degrees.

Some of this North American heat is a regular feature of every El Niño. (Indeed, I wrote about this El Niño-associated heat a few weeks ago.) But in the Arctic, this level of warmth is unprecedented. In order for this huge, hot storm to reach Iceland on Wednesday, it’s punching  right through the Jet Stream, the atmospheric “river” that brings temperate weather to Europe. Yet El Niño should typically reinforce this current, explains the climate writer Robert Scribbler—for the Jet Stream to weaken is a sign that something else is going on.

While institutional science will take years, if not decades, to confirm a correlation between human-forced climate change and strong North Atlantic storms, Scribbler believes that Wednesday’s insane warmth at the pole resembles the southern incursions of the “polar vortex” that have been seen in recent winters. These changes are related to human-forced climate change, he writes: a sign that something in the atmosphere has gone “dreadfully wrong.”

4 Responses to The Storm That Will Unfreeze the North Pole