Two More GeoengineeringWatch Billboards Go Up In Idaho And Montana 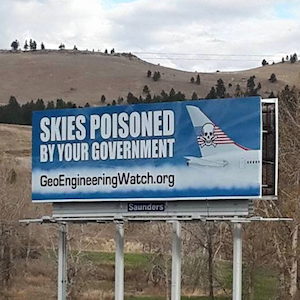 No matter how obvious and rationally undeniable the climate engineering atrocities are (clearly visible in skies around the globe day in and day out), many people just can't see what is right in front of their faces until it is pointed out to them. Highway billboards can serve this purpose. The message on these billboards could not be any clearer. The awakening is growing by the day, could there be discussions in dark corners of the Pentagon about this fact? Psychological studies prove that those who question the official lies are sane, those who don't, are not. The effort to sound the alarm on the critical climate engineering issue continues. My most sincere gratitude to all the friends, allies, and activists that are helping to erect the billboards and to move the ball forward in the battle. We must all make every day count in this fight, make your voice heard. Below are photos of the two newest billboards that went up, as well as numerous other billboards that have been put up around the country.
Dane Wigington
geoengineeringwatch.org 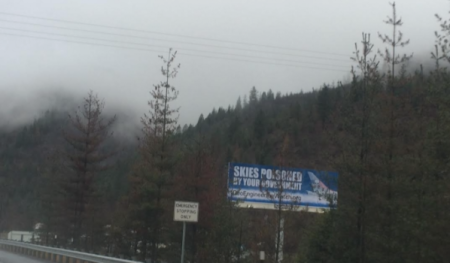 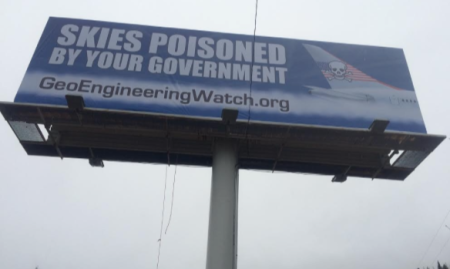 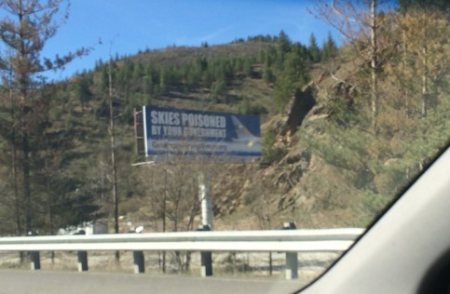 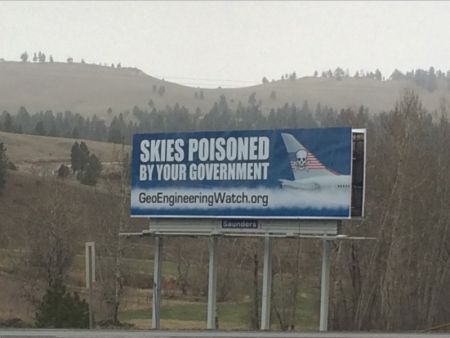 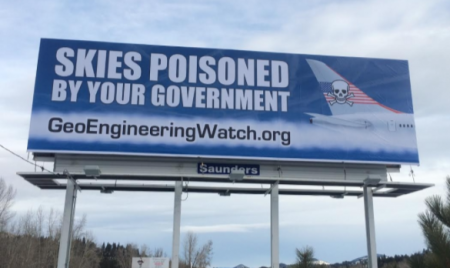 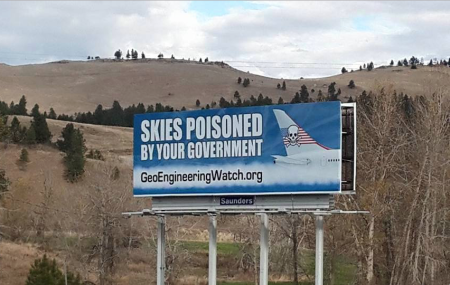 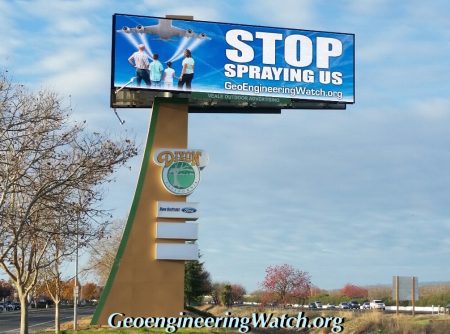 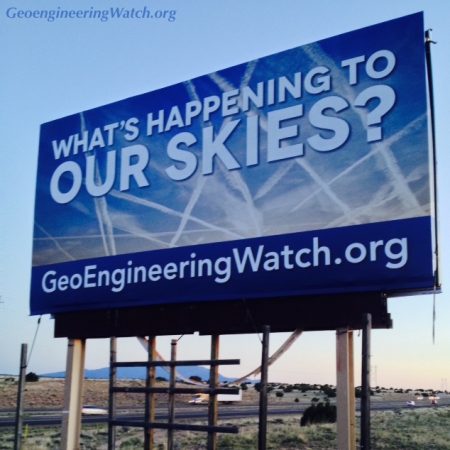 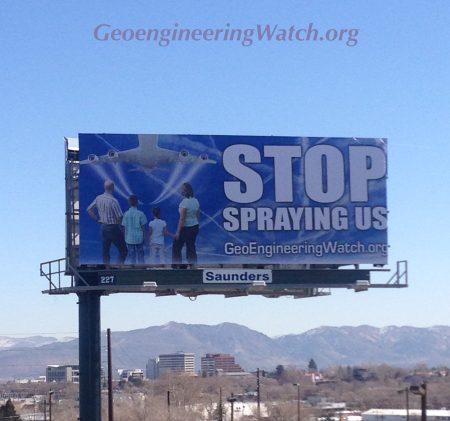 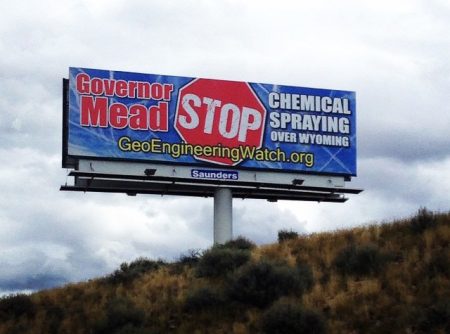 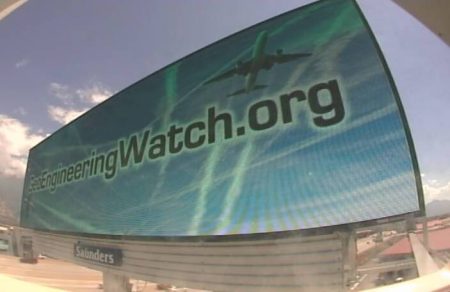 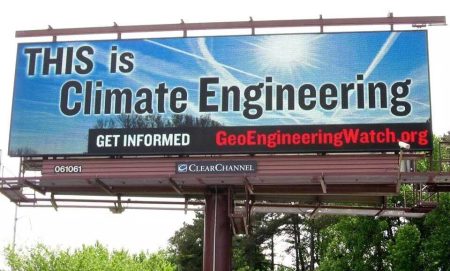 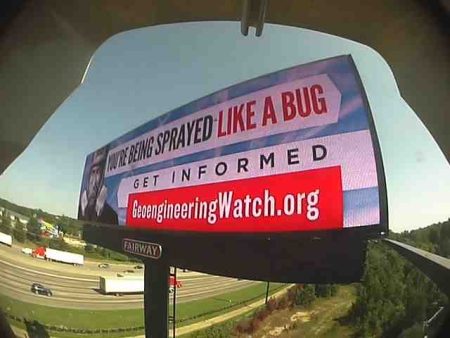 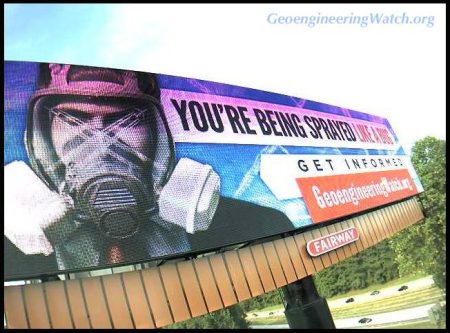 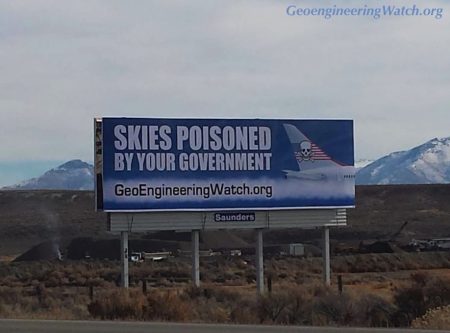