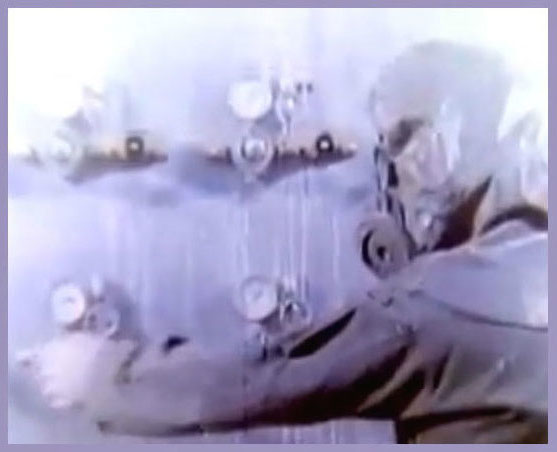 Share1.3K
Tweet
+1
Share
Pin
1.3K Shares
The experiments of the US military (and other power structures) should make it clear that the world is being run by completely psychopathic individuals. The shocking 9 minute historical video below should be an extremely sobering wake up call for us all. The calm and unemotional narrator is telling of the callousness with which such inhuman experiments are conducted. The “nationalistic” music played at the end of the film is an indication of how the US military wants us all to feel gleeful about all the tools of death and destruction they are experimenting with and now control. All of us have long since become a part of a global experiment without our knowledge or consent. Though we are very aware of many toxic climate engineering components being sprayed in our skies, we can only guess at the biological testing which in all likelihood is a major part of the spraying. Researchers at the Carnicom Institute have already identified what they consider to be “engineered pathogens” in air samples after aerosol spraying from jet aircraft. We are all now lab rats in an experiment so colossal that it holds all life on Earth in the balance. Those that care about life and justice will join in the fight to expose and stop climate engineering. The individuals responsible for and participating in the geoengineering programs should be tried in a court of law. Anyone that is sitting this fight out has lost their compass heading, this battle requires the efforts of all.
Dane Wigington
geoengineeringwatch.org