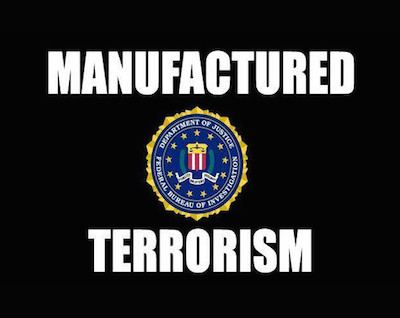 Share1.5K
Tweet
+1
Share
Pin3
1.5K Shares
Clinically insane leaders combined with a majority of the population that is willfully blind, this is a recipe for total global extinction. The military industrial complex and industrialized society has long since pushed the biosphere past the point of no return. What is left for us to salvage? Only if enough people awaken and join the fight for the common good does the planet have any chance to continue supporting life into the future. Our government and others are being run by criminal cabals who are determined to achieve total power and control even at the cost and consequence of exterminating all life on Earth. Mainstream media and the tyrants who control it are completely manipulating and spinning the coverage of events perpetrated by the power structure for the benefit of the power structure. If we are to preserve any future for our planet and ourselves, we must wake those around us to what is unfolding. The article below is a summary of what is happening, why it's happening, and what we can do to help change course.
Dane Wigington
geoengineeringwatch.org 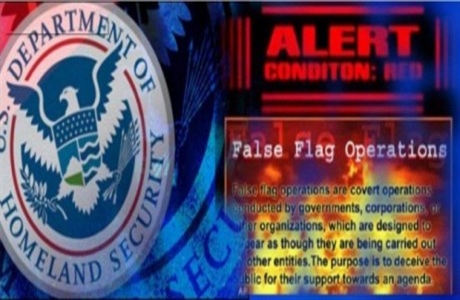 The enemy will always fit in perfectly with the government’s stated long term plans. Once you know and understand the script nothing will surprise you.

As many truth seekers have observed over the past year, government false flag operations are now the norm. Almost every week and sometimes every day we hear about some kind of lie surrounding an act of violence. These tales are being told to us by government through their mouthpiece media. Our current day system is in love with staged terror and mass shootings as they fit in perfectly with the state’s number one plan, which is to generate fear in order to keep the sheep under control. Despite the fear, insecurity and desperation that arises from fake terror and staged false flag shootings, the typical blind sheep, consumed in the government’s false reality, will quietly root for government to muster up enough firepower and macho-man brute force to kill, defeat, blow up, murder, dispose of or take out the “enemy”. Who’s the enemy? It’s whoever the government mouthpiece media and the puppet politicians say it is. The enemy will always fit in perfectly with the government’s stated long term plans. Once you know and understand the script nothing will surprise you. So how can it be that false flags offer hope to those who are blind to the current world events and the intention of the globalists I.E. the sheep? Here are 5 ways that false flag operations offer hope to those blind about the new world order plans:

False flag operations create a sense of danger and thus an illusion of government safety from this perceived danger. The illusion suggests that unless government is around, you will not be able to defend yourself, you are thus incomplete without government’s safety. This illusion of course is based on the belief that government exists to protect you somehow. One must believe that it is in the interest of government for you as an individual to feel good, feel happy and feel safe. Even though there is no proof, historic account or train of logic to justify this assumption, many brainwashed coincidence (non-conspiracy) theorists will believe this blindly.

False flag operations suggest that government has all the skills to catch and kill the bad guys even if its after they inflict their damage. The illusion falsely suggests that this current (now dead) terrorist will never harm you again. Thus after murdering the terrorist patsy or shooter government is seen as the efficient skillful avenger of the deaths of its citizens. Remember “Operation Iraqi Freedom” or the initial invasion of Afghanistan? Most Americans bought into it, even rooted for the attacks because it gave them as sense of vengeance over the supposed “terrorists” who did 9/11. This is all about appealing to people’s lower-brain primitive drive of anger and getting even. Don’t be fooled.

3- Government cares about you

False flag terror attacks offer hope to the blind sheep by suggesting that government actually cares about the people above and beyond the false claims of wanting to keep everyone safe. Like a concerned loving parent, during a typical staged false flag, government and it’s politicians have a chance to pretend like they care about people. The notion that government loves and cares is so far detached from reality it is difficult to put into words. Nothing could be further from the truth. Governments do not exist to love and care about anyone. The nature of governments is quite the contrary. Nonetheless, the latest false flags all have been used as platforms for to sell false sympathy, love and genuine concern for humanity.

4- Government is resilient, you should be resilient

False flag staged event offer hope to the blind sheep by showing them how resilient and able to bound back their government is. Government always carries on as usual after a false flag. They know that the primary purpose of a false flag is to instill fear not to slow down the economy or interfere with Wall Street. The blind sheep however, see this as a sign of how “strong” America is. They admire how “America” and it’s courageous people keep right on shopping, spending money and maintain their ordinary lives. To those that are blind and fooled by the false flag, this is a powerful symbol of strength and resilience on the part of their country. Just another thick layer of deception surrounding government false flags.

5- Government is selfless and altruistic

Hope is spread amongst the blind in the midst of typical government false flag attack by showing the sheep that government is not just a loving and caring government who cares about your safety but that government is willing to put off its own tasks to focus on new speedy legislation to implement measures in response (reaction) to the false flag staged attack so that this type of attack doesn’t happen again.

Some of these points may overlap a bit and sound pathetic even ridiculous to anyone paying attention but face it, many people really are this brainwashed and they actually think this way. Many dumbed-down blind sheep, zombies, and brainwashed slaves who listen to mainstream media news think just like this. This alone should sound an alarm to anyone who is awakened and cares about humanity, to push them to stay active, stay strong and keep fighting the government controlled disinformation machine known as the mainstream media and all of government’s politician puppets mouthpieces.

Remember, as bizarre and surreal as all of this sounds, this world of government acting as a caring parent, looking out for the best of humanity, is the only concept of government the blind sheep know. The thought of government actually staging attacks against its own people to keep them in fear is far too scary for the slaves to accept. This fear actually gives birth to an ignorance that acts to protect the brain. This cognitive dissonance actually works as a defense mechanism to preserve the sanity of the being. To stay sane the poor blind sheep not only believe whatever they are told but they actually look to government for protection from the artificial threats engineered by this same government.

This is how its done and this is precisely how government maintains its power over the people. Let’s start our counter-attack by continuing to spread the truth about the real reasons why government stages terror attacks and the sequence of logic that drives the existence and functioning of government. The hope is to explain government false flags to where a child can understand it. Let’s remind others of the importance of starting our search for truth by focusing on the most important things first.

It is infinitely true and factual that with all things being equal, the best starting point to understand and explain what really happened in any event is to consider motive and who has most to gain. It is also infinitely true that the notion of maintaining power and control is a much more dominating factor in the explanation of an unknown event than the notion of the quest for “safety” and benevolence on the part of a controlling system of government.

This one lie told to humanity about the benevolent nature of government being the more likely explanation than the argument for maintaining power and control is singlehandedly one of the great lies humanity has endured since the beginning of time.

Throughout all of human history there are countless examples of controlling governments oppressing humanity and constantly pushing for more and more power and control. The notion of government constantly looking out for the safety and well being of its citizens by turning the country into a police state of rigid draconian laws is entirely fictional from A to Z. Government is and always will be a concept that seeks to maintain its existence and control over every citizen.

So as truth seekers seeking truth, it is our duty to shatter the false hope many people have that government is an innocent good Samaritan watching its citizens and looking out for its well being. This hope is delusional, naive and profoundly disconnected from reality, yet sadly this is the root of the logic many hold on to as they continue falling for the false flags which are now happening almost daily.

Will humanity actually overcome this mental defect being expressed in possibly at least half of its population? Let us hope so and let us all keep hammering away and continue exposing government false flags in real-time.

Congratulations to the other half of humanity for now nearly mastering the skill of exposing government false flags in real-time. A skill that came with a lot of practice and opportunities. Let us remain vigilant and hope that we, as a whole, can stay on top of government false flags and are able to continue exposing them until they go away all together. Picture a world without false flags- something very difficult to do today. Thus the focus of true hope is now clear.