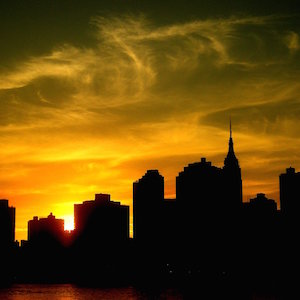 As the global economic house of cards continues to collapse with increasing momentum, the vast majority of global populations are, unfortunately, still looking through a very tainted and distorted lens. They cannot bring themselves to accept reality on countless fronts. Denial is especially tenacious in regard to the ongoing climate engineering atrocities occurring in our skies. Our sense of reason is our greatest gift, but for most this sense has long ago been overridden by societal conditioning, programming, and propaganda. The image below is of Dubai, a city built on sand, powered by finite fossil fuels complete with toxic geoengineered skies. 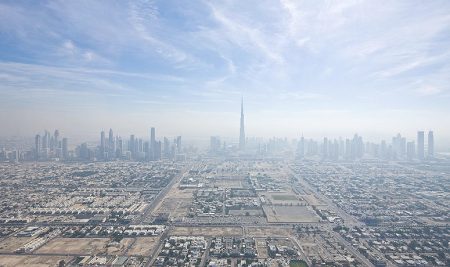 ​The implosion of the temporary reality we have all known is already well under way, the collapsing Chinese stock markets are only a harbinger of what is to come. Global shipping is in free-fall as shipping rates plunge, unlimited money printing can no longer hide what is unfolding around the world.  China has kept its deceptive GDP (Gross Domestic Product) going in the past in the same manner as the rest of the global economy – with smoke, mirrors, and lies. "Ghost cities" were one of the methods used by the Chinese to keep the illusion of growth going. Now, the inevitable is taking hold, the illusion is disintegrating by the day. The images below are cities with no inhabitants which were constructed to keep the wheels of industry turning and the GDP rising in the East. 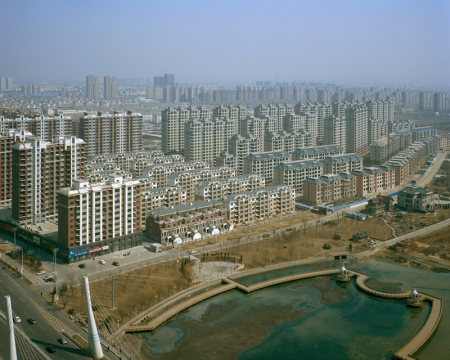 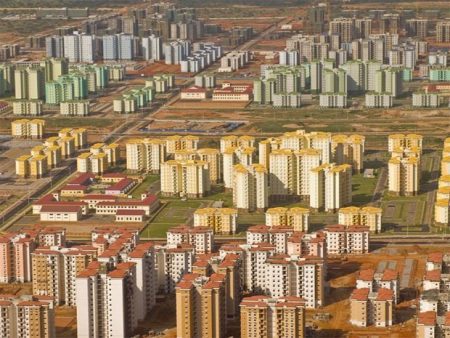 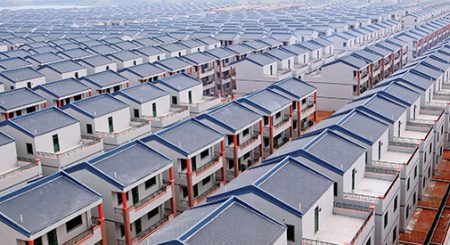 The largely empty city of Ordos in inner Mongolia

The completely out of control manufacturing of automobiles to create the illusion of a recovering auto industry is an extension of the Chinese ghost cities philosophy. 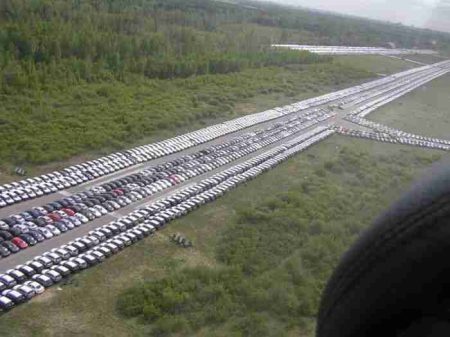 Above is an image of thousands upon thousands of unsold cars parked up on a airport runway near St Petersburg in Russia.  They are all imported from Europe, and then parked and left to rot. Consequently, the airport is now unusable for its original purpose.

The end of the reality we have all known draws nearer at blinding speed. Those who cannot see this inevitability will very soon have their eyes opened, they will have no choice but to face the truth. Modern society is comparable to a snake eating its own tail. In the last 40 years the human population has doubled while global wildlife populations have declined by over 50% in the same amount of time, is it rational to believe such a trend could continue?  The epitome of human insanity is the attempt to manipulate the climate, the attempt to control Earth's very life support systems. 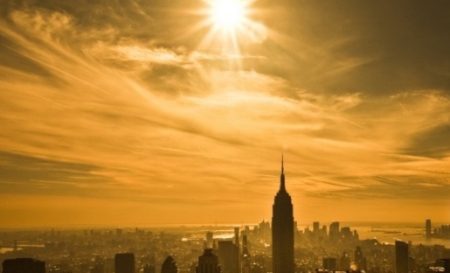 Industrialized civilization is the mechanism by which climate engineering has been conducted and perpetuated. If the total collapse of this paradigm brings an end to the geoengineering juggernaut of planetary omnicide (and an end to countless destructive factors related to militarized civilization), is that not a step forward for what is yet left of life on Earth? The global elite have long since been preparing for total collapse which their own actions and governance has helped to fuel from the beginning. We all have a responsibility to face reality head-on. Only in doing so will we have any chance of altering the outcome of what is unfolding in a positive direction. If our existence is not about fighting for the greater good (regardless of the odds), what is it about? If it is not about fighting for the future of our children, then what right did we have to bring them into the world? We owe our lives to the children and to the planet they will need to survive. If we can expose and halt climate engineering before the power structure is ready for this to happen, before global collapse is total, we could yet change the outcome. If all of us work together, without fear and trepidation, with focus and conviction, who can say what we may still accomplish for the greater good even at this dark hour. Make your voice heard while there is yet time.
DW

63 Responses to Geoengineering Expands As Industrialized Civilization Spirals Into Collapse