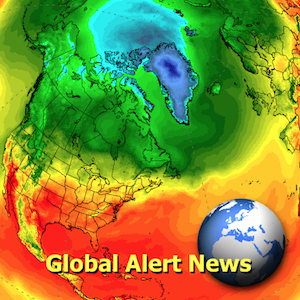 The blatant crimes of the power elite are slowly but surely being pushed out into the light of day. The climate engineering assault, the truth about the 911 atrocities, and the vaccinations that are verifiably harmful, are three of the most critical issues that have fueled the darkening horizon. In spite of the collapsing conditions in society and the biosphere, a massive cruise ship (nearly 1000 feet long and 13 stories high) has just completed an unprecedented voyage through the now melted ice of the Northwest Passage. Tickets for this cruise of the wealthy through the imploding Arctic were priced from $22,000 to $120,000. The Arctic ice is not all that is melting, the chemically nucleated "ice wall" that was constructed to contain the radioactive rivers flowing under Fukushima is also crumbling. A veil of methane is enveloping the planet, the climate engineers continue to fuel the overall planetary meltdown. Is there yet time to free the planet from the onslaught? In the meantime the CDC is attempting to gain the power to force vaccinate the population and the Zika organophosphate spraying continues. The latest installment of Global Alert News is below.