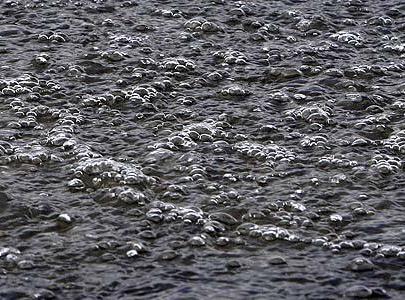 Mass methane release appears to be picking up speed by the day in the Arctic as well as countless other locations around the globe.

The atmospheric methane graphic below, released yesterday, should be a stark wake up call for any that understand the ramifications.

While CNN shows us 20 minutes at a time of the JonBenét Ramsey murder saga from seventeen years ago, which all the networks have done in recent days, globally game changing events are unfolding at blinding speed with not so much as a word from the media.

The Geoengineers are going for broke in their ever more destructive attempt to hide converging climate catastrophes while making the entire situation exponentially worse in the process. Geoengineering is ripping apart the web of life on our planet. The highly toxic fallout from the spraying is literally poisoning all that lives.

“Epic” methane release in the Laptev Sea and many other areas are cases in point. Even the recent quake off the coast of Fukushima appears to have triggered significant methane release in that region. Main stream media is doing their part to obscure such dire truths from the public till the last possible moment. Unfortunately, a huge percentage of the population is all to willing to ram their heads into the sand and gulp down whatever the corporate media machine feeds them.

In the meantime, skies around the globe are being covered with the toxic brew being spewed out by the geoengineering spray jets. Blocking out the sun is, after all, the expressed goal of the geoengineers and their many patents. Though all the spraying is indeed blotting out the sun and creating a temporary toxic cooling effect in some places, it is also creating unprecedented droughts in regions like the US west, Australia, Africa, etc, and at times catastrophic flooding in other regions. It seems that the climate engineers need only to whip up a few artificially nucleated snow storms from their massive continent covering toxic clouds to convince most that all is well. The unquantifiable damage done by the ongoing global geoengineering to the climate and life on earth goes completely unnoticed by most and certainly completely unreported by main stream media.

Methane over Arctic Ocean is increasing

The image below, created by Harold Hensel with methanetracker, shows methane over the Arctic Ocean in three ranges, with the highest readings (1950 ppb and higher) in red.

Harold adds: “Methane increased again in the Arctic Circle yesterday, 10/27/2013. So what were the headlines in the news? It wasn’t this which is more important than anything the media has to report. This is surreal to me.” – at Facebook

– Just do NOT tell them the monster exists
http://arctic-news.blogspot.com/2013/10/just-do-not-tell-them-the-monster-exists.html