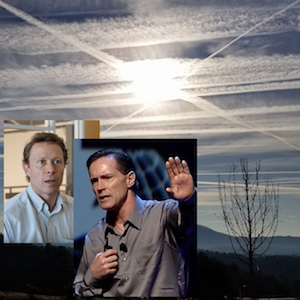 Who is telling the truth and backing it up with verifiable facts? View this fast moving 1 hour video and decide for yourself. Reading and reviewing the document excerpts shown in this video is essential, momentarily stopping the video in order to do so is recommended .

We must publicly expose academicians who are helping to cover the tracks of the climate engineers.  Once the public is fully awakened to the geoengineering atrocities, those that are accomplices to the cover-up should be held legally and morally accountable in a court of law. All of us are needed in the critical battle to expose and halt climate engineering, sharing credible data is key.
DW