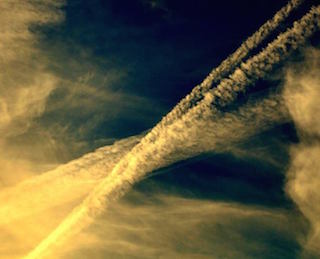 Record forest fires are raging around the globe, climate engineering is a primary factor fueling the planetary burning. All over the northern hemisphere boreal forests are going up in flames and smoke, further loading the atmosphere with Co2 and soot. This in turn triggers multiple climate feedback loops which causes much more rapid warming than what is already occuring. 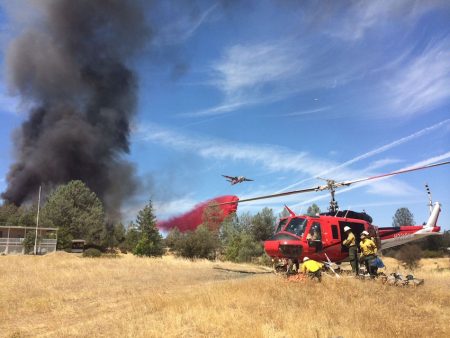 Siberian forests have been burning at a record pace in recent years. In April of 2015 the process began again. Regions in Siberia that have historically remained frozen until mid June were fully ablaze by early April. 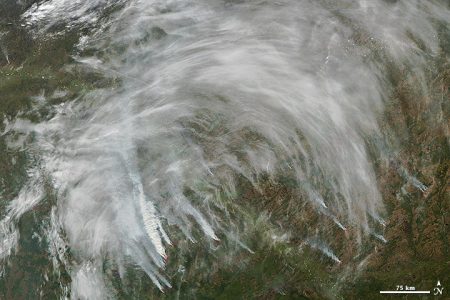 The satellite image above shows clearly that by late April, 2015, the Siberian landscape was riddled with fires.

Alaska is also being scorched after a record warm winter and record low snowfall. While the US mainstream media kept the public distracted with the "Boston snow" story during the 2014-2015 winter, Alaska was warm, dry, and setting up for the coming summer burning. 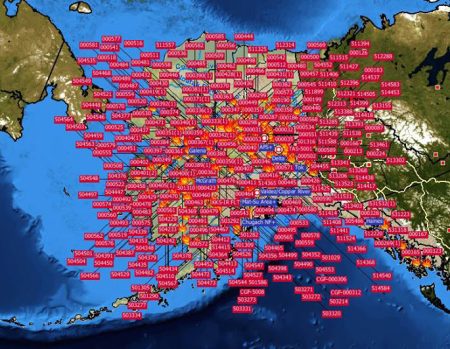 The map above reveals a staggering number of wildfires in Alaska even as summer was just beginning.

In Canada the situation is no different as astoundingly high levels of once pristine forests continue to be turned into scorched earth. 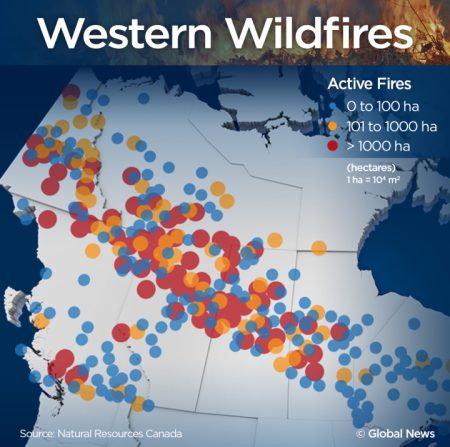 In the incredibly parched state of California numerous out of control fires have consumed landscapes, decimated wildlife, and destroyed many homes located in rural woodland regions. The climate engineers have been so consistent at blocking precipitation from California that one must ask the question, is California just a climate sacrifice zone, or a target of engineered drought? 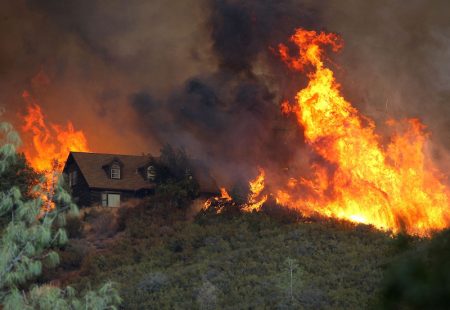 In the Western US a staggering amount of forest lands are burning including rain forests on the Olympic Peninsula which is historically unprecedented. 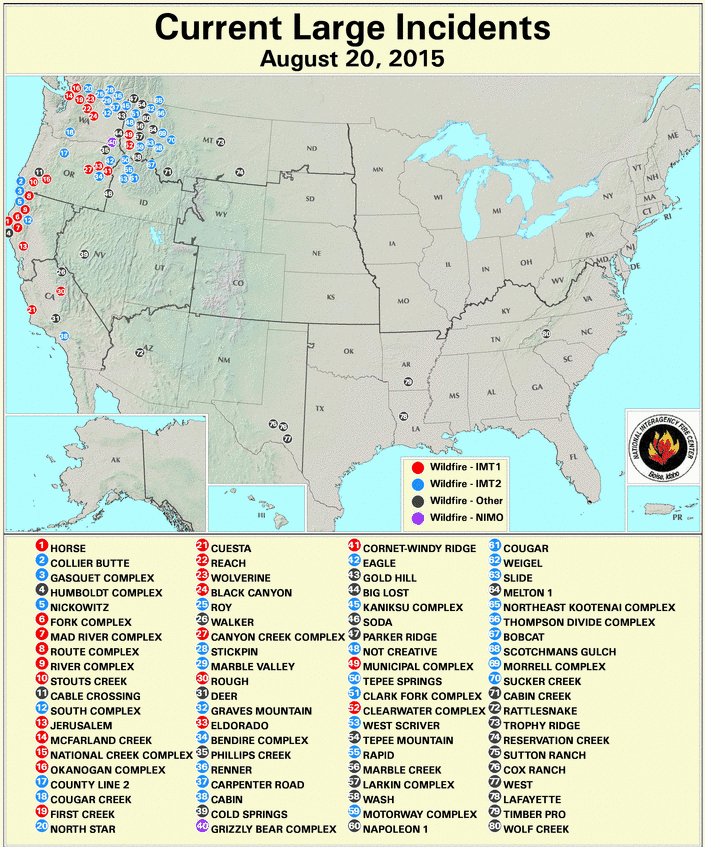 Click to enlarge
Northern boreal rain forests are not the only rain forests going up in flames, in recent years large swaths of the Amazon are increasingly vulnerable to wildfires as the Amazon dries out. It is important to remember and consider that on a warmer planet, the laws of physics dictate more overall precipitation, not less. The atmosphere can hold 7% more moisture for every degree of warming centigrade. The only way there can be more overall drought (and less overall precipitation) is if there is a massive unacknowledged factor in the equation that is radically affecting the hydrological cycle. That factor is global climate engineering which is causing drought and fueling fires. 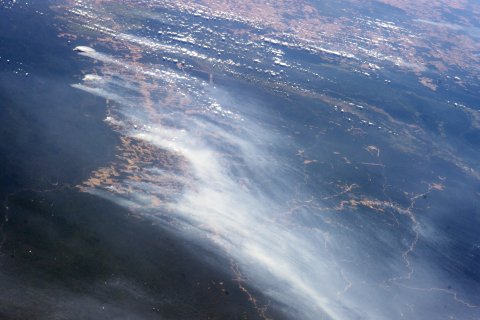 Satellite imagery shows smoke from fires in the Brazilian Amazon
Though record rains very recently pounded the state of Texas, now we are told of a recent phenomenon called "flash drought" that is already afflicting the formerly flooded landscape. Will Texas soon be on fire as well? As climate engineering continues to create historically unprecedented conditions and scenarios, the power structure paid meteorological community coins new terms to describe formerly unknown conditions. Such "labeling" from the "experts" gives the public the impression that the unique conditions they are witnessing are all just "natural variability" and not the result of geoengineering (which they continue to claim is only a proposal and not a reality). 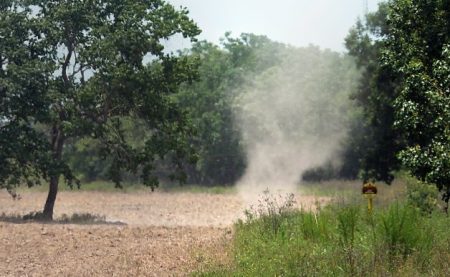 A dust devil spins across a Texas Farm in late July. A stark contrast to the heavy rains of early summer, July produced very little precipitation with only a few brief showers. The Enterprise photo: Guiseppe Barranco
All the unprecedented fire activity is accelerating an even more dire unfolding scenario, the rapid melting of global ice deposits which in turn speeds the thawing and releasing of formerly frozen methane deposits. Massive amounts of smoke and soot are being pumped into the atmosphere by the record number of blazes. When this material settles out of the skies, much of it is being deposited on Northern latitude ice deposits, turning the ice dark. 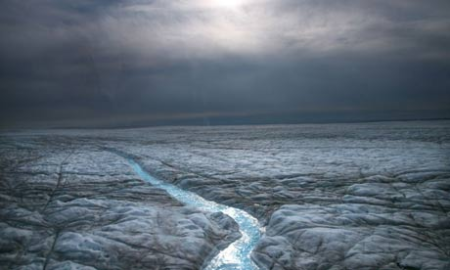 This image from the Greenland ice sheets is only one stark example of what is occurring across northern hemisphere ice deposits.
Once the ice is darkened, it loses its former reflectivity and begins to absorb exponentially more thermal energy. This leads to a much more rapid melting of land and sea ice. As the reflective cover of ice is lost, unprecedented warming is triggered over landscapes and oceans alike. With this thawing, massive formerly frozen methane deposits are being released into the atmosphere. 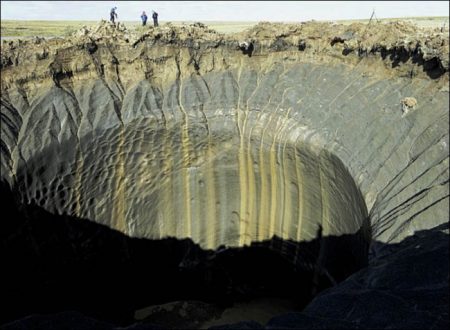 Craters from escaping blasts of thawing methane are appearing throughout Siberia
If the planetary warming continues unabated, and thawing methane deposits continue to fill our atmosphere, our fate will be sealed. Climate engineering is making the unfolding methane catastrophe scenario far worse overall, not better. All is connected, all is interlinked. The ongoing geoengineering programs are the epitome of human insanity. Climate engineering is nothing short of weather and biological warfare. If it is allowed to continue, the chain reaction of planetary catastrophes it is helping to fuel will be unstoppable (if it is not already). Climate engineering is not benevolent in any sense, it is about power and control. It is about hiding the severity of what is unfolding from the population for as long as possible (while making the overall climate collapse far worse in the process). The consistently engineered cool-downs of the Eastern US in a record warm world are an example of this (July 2015 was just officially reported as the warmest month ever recorded on our planet). All must unite in this battle to save life on Earth, make your voice heard.
DW