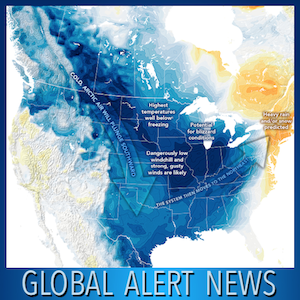 "Gov. warns people to get where they need to be before potential flash freeze". Does this sound like headline straight out of "The Day After Tomorrow" movie? Temperatures in some regions crashed by as much as 75 degrees in only hours. What does it take to wake the sleeping masses? How bad does it have to get before more of the population opens their eyes and realizes something is very wrong with our skies and our weather? "Winter Storm Elliot" is the latest chemical ice nucleation cloud seeding creation from the weather makers. Geoengineering operations are wreaking havoc around the world, how long do we have before the climate system completely collapses bringing civilization with it? The latest installment of Global Alert News is below.

The NOAA temperature map below was posted a week ago and reflects what the scheduled temperatures were for the Christmas holiday. Each color tier represents one deviation from normal, the more deviations there are, the more unprecedented the event is (for above or below normal temperatures depending on the color shade). 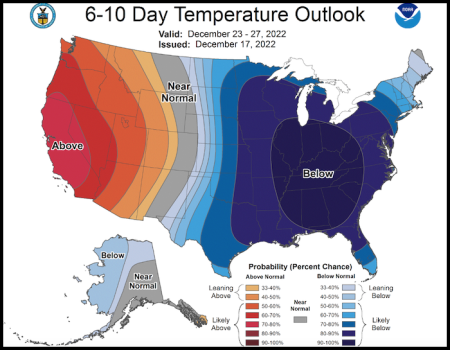 The latest NOAA scheduled temperature map is especially shocking given the fact that mainstream media sources have been sensationalizing the record shattering "flash freeze" cold and snow. Some of the most repeated headlines of "deadly" cold and "record" snow came from the exact region that is now scheduled to have likely record high temperatures starting late next week. Welcome to engineered weather and temperature whiplash. 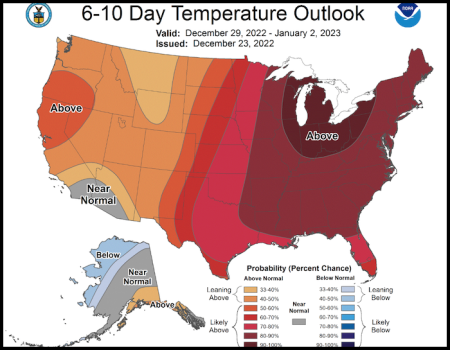