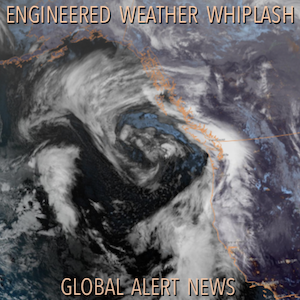 Extreme weather whiplash is now the norm, how much worse will it get? Mainstream media has been continuously sensationalizing the storms impacting the Western US, how much rain are they going to grant us? The climate engineers can alter the equation any time they want. What haven't Americans been told about Europe's recent record shattering weather? How deep is the deception in the entire weather reporting industry? How much are they hiding? Who are they serving? How long do we have if climate engineering isn't exposed and halted? The latest installment of Global Alert News is below.