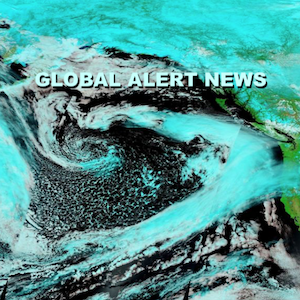 The United Nations website posted an essay that discussed "The Benefits of World Hunger", is the truth about the UN finally becoming overt? A US patent outlines a way to cool our planet by detonating nuclear bombs, has sanity completely left the equation? In countless parts of the world lakes and reservoirs are drying up and rivers are running dry. In other regions the entire landscape is being inundated with relentless rains and full time flooding. Crop production is being crushed from weather mayhem, food supply chains are breaking down. Covert climate intervention operations are inseparable from all of it, yet the official denial of the ongoing weather warfare continues to be maintained. Can populations be fully awakened in time to make a difference? The latest installment of Global Alert News is below.