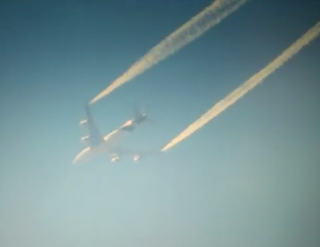 When people ask how we can prove our skies are being sprayed, tell them because we have film footage of the crime occurring. This is the bottom line and the end of any rational denial. The video below is only one of numerous many that show what is undeniably spraying from jet aircraft.

Do we know with certainty that there are spray nozzles on the jets we see dumping toxic materials into our skies? Yes, the photo below clearly shows retrofit spraying nozzles mounted on the rear of the pylon directly in line with the engine exhaust to create the appearance that the spraying is a "condensation trail". 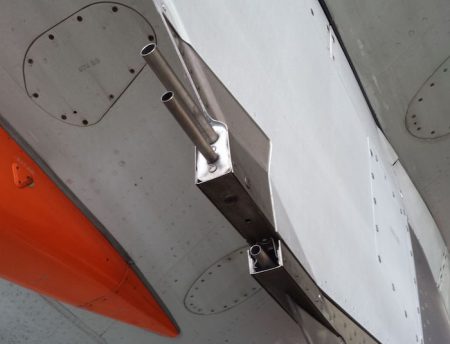 Below is another picture which clearly shows the nozzle location on the pylon. 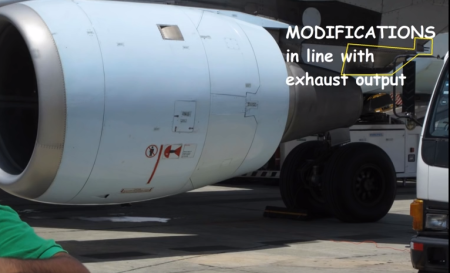 The next video shows what is undeniably jet aircraft spraying of our skies. The dispersion from one of the military jets in the video is clearly being turned off, and then back on again. The official government narrative is that we are only seeing "condensation trails", this is a monumental lie.

Though there are numerous video segments of both commercial and military jet aircraft spraying our skies (with footage that is undeniably aerosol spraying), the 90 second film clip below shows heavy aerosol spraying from the wing tips of a 4 engine jet carrier. This proves there are more nozzles than just those mounted directly behind the engine exhaust. There are those that claim the spraying in this video is "just a fuel dump". First, how could such a conclusion be proven? The same "official agencies" that tell us we are only seeing condensation trails in our skies are the ones telling us that the type of spraying in this video is "just a fuel dump". Second, if this video does show a fuel dump, why in the world should we feel better about that? The dumping of aerosolized jet fuel into the atmosphere is likely much more toxic than the geoengineering aerosols (in either case, we can never know exactly what is being sprayed for with any certainty). What this video proves is that the jet aircraft trails we see in our sky's are not condensation trails, they are sprayed dispersions. Those that speculate on the composition of those dispersions have absolutely no way of knowing what the actual composition is. Any insinuation that we should not be concerned about a potential massive jet fuel dump is irrational. No matter what some claim as the "official explanation" for a potentially damning film capture, we should remember the official explanation for 911 and countless other lies we are fed.

The bottom line is this, unimaginable amounts of toxic materials are being dumped into our skies every single day and all of it is raining down on us. In regard to geoengineering, the elephant in the room is becoming all but impossible to hide, awareness of the ongoing climate engineering insanity grows by the day.  DW