Engineering Winter, The Increasing Desperation Of The Weather-Makers 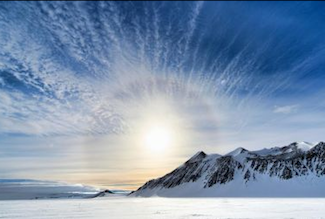 The climate engineers are increasingly desperate to mask the true extent of planetary meltdown by creating short term extreme chemical cool-downs. In recent winters the geoengineers kept most of their focus on the Eastern US. Boston was the target for headlines in the winter of 2014-2015. The engineered winter in the East was accompanied by engineered drought in the West. The 8 minute video below, "Engineered Winter, Engineered Drought" outlines this scenario.

In the next map the sporadic spotting of frozen precipitation is telling. Rain in northern Montana and snow in south central Arizona. Chemical ice nucleating materials sprayed over storm precipitation can and do turn what should have fallen as rain, into snow. The Chinese government has openly disclosed this practice. The nucleation process creates a cold dense layer of air which sinks, builds up on the ground, and eventually lowers the mercury. This is a temporary effect, but it produces the desired headlines and deception in regard to the overall picture. 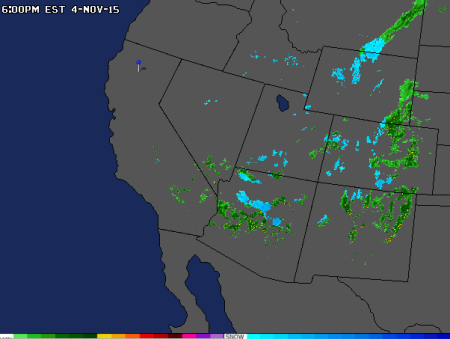 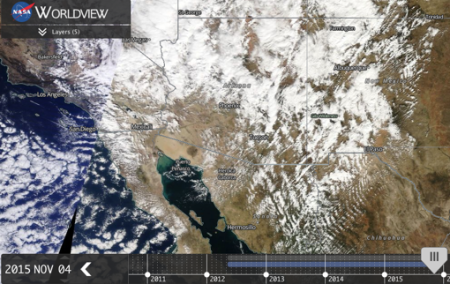 On the evening of November 4th, 2015, corporate media (like the Weather Channel) were trumpeting the big winter storm in the West. Does the next map below reflect true winter snow storm temperatures? There is only one temperature reading on the entire map that is even at the freezing mark, and that is not where the snow is falling. The majority of the map shows record or near record highs for a 6 pm temperature reading for November 4th. More record highs are expected in the East during the coming week and perhaps off and on during the rest of November. Welcome to geoengineered weather whiplash. 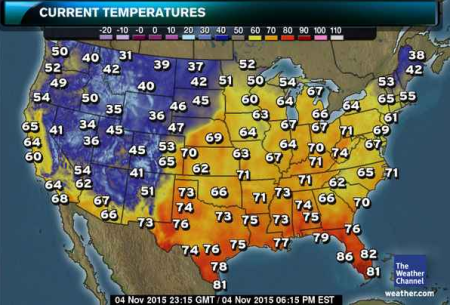 The Taos New Mexico report below shows possible snow showers for Thursday November 5th at a temperature of 41 degrees. Why would it snow at 41 degrees? 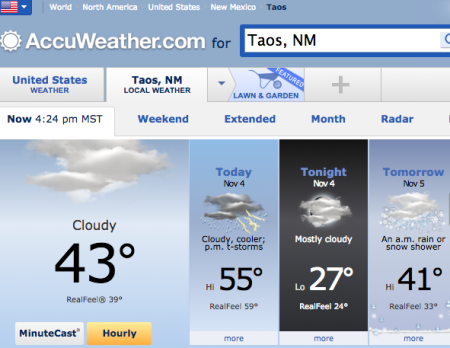 Let's go North to Montana where snow showers can apparently occur at 43 degrees after rain at 41 degrees. 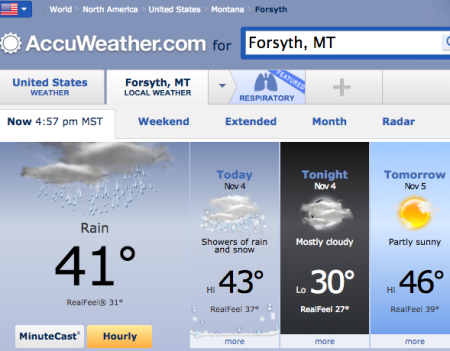 This is the latest NOAA extended "forecast" (scheduled weather) map. It is important to remember that private defense contractor (and geoengineering entity) Raytheon, does all the weather modeling for NOAA (whose personnel are all under a federal "gag order" along with all NWS employees). This is yet another ridiculously unprecedented scenario showing conditions that are unbelievably out of balance. Record high temperatures in the East are expected to continue in some regions until mid November. 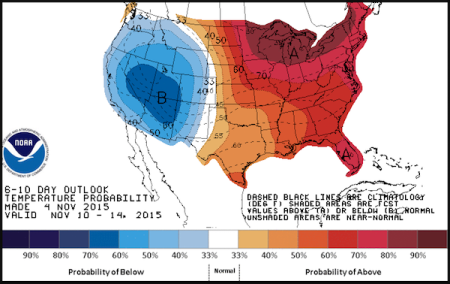 What did it look like for most of the last three winters? The exact opposite of what is occurring at this time. The East was put under the big chill while the West was fried. The geoengineers can only cover so much area with their jet stream manipulated chemical cool-downs. The size of those areas is shrinking as the planet continues to warm. 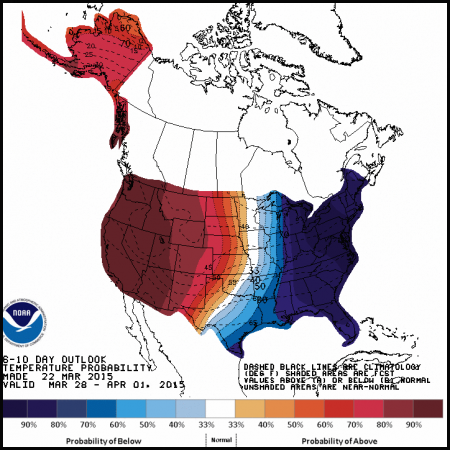 The map below is especially astounding and documents a very tragic event that occurred on October 4th, 2013. 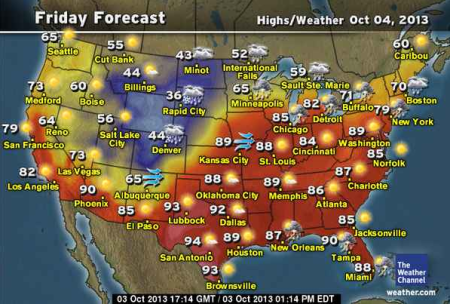 Take a good look at the temperatures on the map above, they are as a whole, very high. The small cool section is a huge departure from the rest of the country, but still there are no below freezing temperatures shown. Yet, this map documented a snowstorm in South Dakota that killed up to 100,000 cows, how is that possible when temperatures were almost 90 degrees in regions surrounding the event? I captured the temperature map above before it was taken offline, the map reflects another example of engineered winter.

The next map shows the "departure from normal high temperatures" for a 2 year period from 2013 to 2015. The constantly engineered cooling Eastern North America is evident. It has been the most anomalously below normal zone in the entire world since 2013 (2012 was the warmest year ever recorded in the US). What happened? The geoengineering assault was ramped up to new highs. Temporary toxic cooling at the cost of a worsened overall warming.

Though there are countless sources of anthropogenic damage to the planet and the climate system, climate engineering must be considered the top of the list. The ongoing winter weather warfare is not natural in any way. The extreme climate forcing being pushed on planet Earth by the climate engineers is tearing the climate system apart and wreaking havoc on the biosphere as a whole. Few have any idea how extensively the weather and climate is being modified. Even many who are already aware of geoengineering are unfortunately not yet acknowledging the cool-downs for what they are, completely engineered. Accepting the engineered cool-downs as natural is exactly what the power structure and the geoengineers want, why would we do their bidding? If we are to effectively fight against the climate engineering insanity, it is imperative to understand and recognize all the parts to the puzzle. The engineered deception of the US population is a major goal for the geoengineers, we must all learn to see through it. Make your voice heard in the critical battle to stop the ongoing omnicide being inflicted on our planet by climate engineering.
DW

85 Responses to Engineering Winter, The Increasing Desperation Of The Weather-Makers