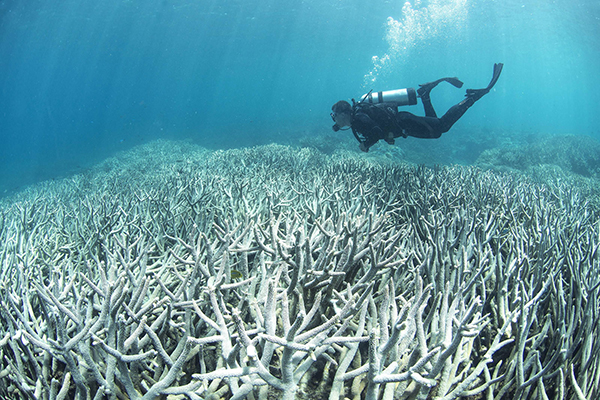 Scientists said nearly one-third of the reef’s coral were killed when ocean temperatures spiked in 2016, a result of global warming, according to a study published Wednesday in the journal Nature.

The damage to the reef, one of the world’s largest living structures, has also radically altered the mix of its coral species, scientists said.

“The reef is changing faster than anyone thought it would,” said Terry P. Hughes, the lead author of the study and the director of a government-funded center for coral reef studies at James Cook University in Queensland.