The US Is Pushing Toward WWlll, A Former Reagan Administration Member Speaks Out 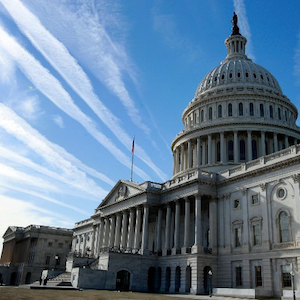 The US military/industrial complex has long since been completely out of control. Now, as the biosphere collapse accelerates exponentially, the power structure is more desperate than ever before. The totality and immediacy of what we collectively face cannot be overstated, so few yet grasp the gravity of what is unfolding. The current denial of the US population MUST be broken down. Our brothers and sisters in the US military (who are at this point acting as paid mercenaries for those in power), MUST be woken up to the insanity that they are helping to fuel. The effort to reach a critical mass of broader awareness with the population and the US military is a burden we must all bear. In the article below former Reagan administration official Dr. Paul Craig Roberts examines the long road of US government actions and tyranny that has played a huge part in leading up to this dark hour.
Dane Wigington
geoengineeringwatch.org

Somnolent Europe, Russia, And China
Can the world wake up?

On September 19, 2000, going on 16 years ago, Ambrose Evans-Pritchard of the London Telegraphreported:

“Declassified American government documents show that the US intelligence community ran a campaign in the Fifties and Sixties to build momentum for a united Europe. It funded and directed the European federalist movement.

“The documents confirm suspicions voiced at the time that America was working aggressively behind the scenes to push Britain into a European state. One memorandum, dated July 26, 1950, gives instructions for a campaign to promote a fully fledged European parliament. It is signed by Gen. William J. Donovan, head of the American wartime Office of Strategic Services, precursor of the CIA.”

The documents show that the European Union was a creature of the CIA.

As I have previously written, Washington believes that it is easier to control one government,
the EU, than to control many separate European governments. As Washington has a long term investment in orchestrating the European Union, Washington is totally opposed to any country exiting the arrangement. That is why President Obama recently went to London to tell his lapdog, the British Prime Minister, that there could be no British exit.

Like other European nations, the British people were never allowed to vote on whether they were in favor of their country ceasing to exist and them becoming Europeans. British history would become the history of a bygone people like the Romans and Babylonians.

The oppressive nature of unaccountable EU laws and regulations and the EU requirement to accept massive numbers of third world immigrants have created a popular demand for a British vote on whether to remain a sovereign country or to dissolve and submit to Brussels and its dictatorial edicts. The vote is scheduled for June 23.

Washington’s position is that the British people must not be permitted to decide against the EU, because such a decision is not in Washington’s interest.

The prime minister’s job is to scare the British people with alleged dire consequences of “going it alone.” The claim is that “little England” cannot stand alone. The British people are being told that isolation will spell their end, and their country will become a backwater bypassed by progress. Everything great will happen elsewhere, and they will be left out.

If the fear campaign does not succeed and the British vote to exit the EU, the open question is
whether Washington will permit the British government to accept the democratic outcome.

Washington’s position shows that Washington is a firm believer that only Washington’s interests are important. If other peoples wish to retain national sovereignty, they are simply being selfish. Moreover, they are out of compliance with Washington, which means they can be declared a “threat to American national security.” The British people are not to be permitted to make decisions that do not comply with Washington’s interest. My prediction is that the British people will either be deceived or overridden.

It is Washington’s self-centeredness, the self-absorption, the extraordinary hubris and arrogance, that explains the orchestrated “Russian threat.” Russia has not presented herself to the West as a military threat. Yet, Washington is confronting Russia with a US/NATO naval buildup in the Black Sea, a naval, troop and tank buildup in the Baltics and Poland, missile bases on Russia’s borders, and plans to incorporate the former Russian provinces of Georgia and Ukraine in US defense pacts against Russia.

When Washington, its generals and European vassals declare Russia to be a threat, they mean that Russia has an independent foreign policy and acts in her own interest rather than in Washington’s interest. Russia is a threat, because Russia demonstrated the capability of blocking Washington’s intended invasion of Syria and bombing of Iran. Russia blunted one purpose of Washington’s coup in the Ukraine by peacefully and democratically reuniting with Crimera, the site of Russia’s Black Sea naval base and a Russian province for several centuries.

Perhaps you have wondered how it was possible for small countries such as Iraq, Libya, Syria, Yeman, and Venezuela to be threats to the US superpower. On its face Washington’s claim is absurd. Do US presidents, Pentagon officials, national security advisors, and chairmen of the Joint Chiefs of Staff really regard countries of so little capability as military threats to the United States and NATO countries?

No, they do not. The countries were declared threats, because they have, or had prior to their destruction, independent foreign and economic policies. Their policy independence means that they do not or did not accept US hegemony. They were attacked in order to bring them under US hegemony.

In Washington’s view, any country with an independent policy is outside Washington’s umbrella and, therefore, is a threat.

Venezuela became, in the words of US President Obama, an “unusual and extraordinary threat to the national security and foreign policy of the United States,” necessitating a “national emergency” to contain the “Venezuelan threat” when the Venezuelan government put the interests of the Venezuelan people above those of American corporations.

Russia became a threat when the Russian government demonstrated the ability to block Washington’s intended military attacks on Syria and Iran and when Washington’s coup in the Ukraine failed to deliver to Washington the Russian Black Sea naval base.

It is absolutely certain that Russia has made no threats whatsoever against the Baltics, Poland, Romania, Europe, or the United States. It is absolutely certain that Russia has not invaded the Ukraine. How do we know? If Russia had invaded Ukraine, the Ukraine would no longer be there. It would again be a Russian province where until about 20 years ago Ukraine resided for centuries, for longer than the US has existed. Indeed, the Ukraine belongs in Russia more than Hawaii and the deracinated and conquered southern states belong in the US.

Do Russia and China realize their extreme danger? I don’t think even Iran realizes its ongoing danger despite its close call.

China is even more careless. There are 7,000 US-funded NGOs (non-governmental organizations) operating in China. Only last month did the Chinese government finally move, very belatedly, to put some restrictions on these foreign agents who are working to destabilize China. The members of these treasonous organizations have not been arrested. They have merely been put under police watch, an almost useless restriction as Washington can provide endless money with which to bribe the Chinese police.

Why do Russia and China think that their police are less susceptible to bribes than Mexico’s or American police? Despite the multi-decade “war on drugs,” the drug flow from Mexico to the US is unimpeded. Indeed, the police forces of both countries have a huge interest in the “war on drugs” as the war brings them riches in the form of bribes. Indeed, as the crucified reporter for the San Jose Mercury newspaper proved many years ago, the CIA itself is in the drug-running business.

In the United States truth-tellers are persecuted and imprisoned, or they are dismissed as “conspiracy theorists,” “anti-semites,” and “domestic extremists.” The entire Western World consists of a dystopia far worse than the one described by George Orwell in his famous book, 1984.

That Russia and China permit Washington to operate in their media, in their universities, in their financial systems, and in “do-good” NGOs that infiltrate every aspect of their societies demonstrates that both governments have no interest in their survival as independent states. They are too scared of being called “authoritarian” by the Western presstitute media to protect their own independence.

My prediction is that Russia and China will soon be confronted with an unwelcome decision:
accept American hegemony or go to war.

122 Responses to The US Is Pushing Toward WWlll, A Former Reagan Administration Member Speaks Out