“Weather Made To Order”, Connecting The Dots 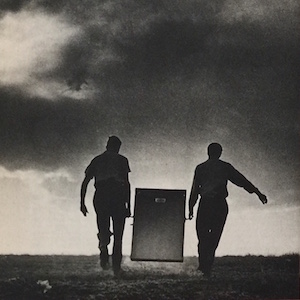 Geoengineeringwatch.org recently acquired 2 excellent condition original copies of "Collier's" magazine from May of 1954. The title on the cover of the 61 year old magazine is "Weather Made To Order….. Man's Progress In Weather Control" (our previous post from a 1958 edition of Popular Science, "Weather As A Weapon" is also important to examine).  This kind of straightforward reporting on the issue of global climate modification (geoengineering/solar radiation management) has long since been shut down in mainstream publications. Though global weather modification and weather warfare has been going on in plain site and at a significant scale for over 70 years. The "official" narrative now is that programs of such magnitude are only "proposals". This false narrative is propagated by all those in corporate media and academic circles that are paid to deny the ongoing and blatantly obvious atrocities occurring in skies around the globe. The so called "experts" are all too invested in the denial of climate engineering to turn back, so they just keep doubling down on the lie that it does not exist. 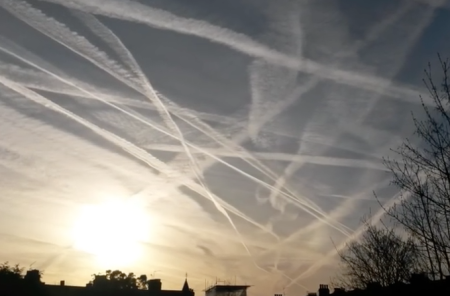 Skies around the globe are now constantly obscured with the aerosol spraying onslaught.

Even more astounding than this "official" denial, is the public's willingness to accept the "official" narrative and thus ignore their own eyes and their own sense of deductive reasoning. In spite of countless up-close film clips of jet aircraft spraying at altitude (turning the spray dispersion on and off), in spite of countless incriminating documents including US military reports like "Owning The Weather", also recent congressional documents for the governance of geoengineering, a 750 page US senate historical documents addressing the ongoing global climate engineering, an extensive list of patents, and even half century old presidential reports on the rapidly expanding US government weather modification programs, the geoengineering elephant in the room continues to decimate the planet and all life with no organized public outrage as of yet. A few damning quotes from the Collier's article are below.

… we could use weather as a weapon of warfare, creating storms or dissipating them as the tactical situation demands. We might deluge an enemy with rain to hamper a military movement or strike at his food supplies by withholding needed rain from his crops.

… the development of cloud seeding or rain making techniques since the first successful operations in November, 1946, by Drs. Irving Langmuir and Vincent J. Schaefer of the General Electric Company.

The present method of "modifying" a cloud is known as "seeding" because it consists of introducing into the cloud certain particles which collect moisture and fall to the ground as rain or snow. It is used to increase precipitation over any designated area.

How will we be able to prevent rain? … by overseeding a cloud.

Over the last five years, our company has operated more than 150 separate projects in 18 states and six foreign countries. We had amassed more than 200,000 hours of seeding experience in varying latitudes. We don't think we can increase rainfall — we know it."

… using weather as a weapon… Russia would be at a disadvantage in any "strategic weather warfare" because weather characteristically moves from west to east… weather – control planes operating from Western European bases might be able to deluge any selected area of Russia with heavy rain, disrupting lines of supply or movements of armored units by truck convoys and tanks to bog down in mud.

Weather modification might also be employed to strike at an enemy's food supply. Moisture clouds could be intercepted en route. over seeded and dried up, depriving crops of needed moisture.

Man may well be on the threshold of a new era in which he will disprove the adage that nothing can be done about the weather. 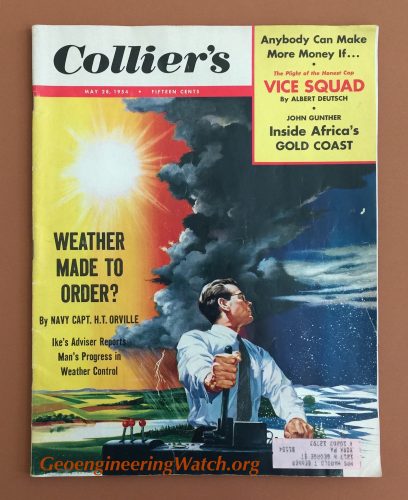 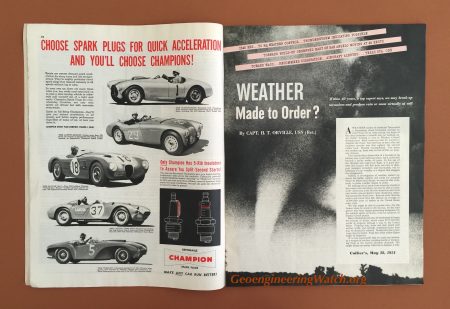 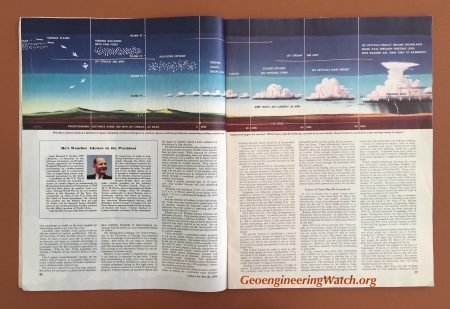 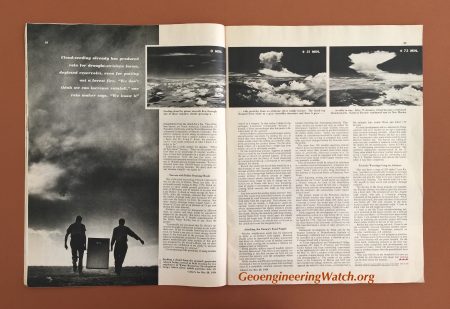 The US military has made clear the fact they have long since considered climate change to be the greatest national security threat of all, are we to believe they would ask our permission before they would modify the weather and climate to suit their own agenda? Global geoengineering programs are not about the common good, they are not about saving the planet or humanity. The ongoing climate engineering insanity is about power, control, and attempting to mask the damage already done to our climate system while inflicting unimaginably more destruction to climate and biosphere in the process.  Exposing and halting the geoengineering insanity is the most important challenge we face at this critical time, make your voice heard in this essential fight for the greater good.
DW

104 Responses to “Weather Made To Order”, Connecting The Dots