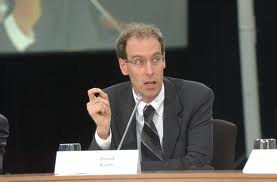 No matter how wide spread  the cancer of immorality and corruption is in our crumbling society and out of control government, some individuals still stand out as the epitome of despicable human beings. Geoengineer David Keith is one such example.

I met Mr. Keith in 2010 at the AAAS science conference in San Diego California. An exchange I had with David is recorded in the video linked below. His statements were very self incriminating in this Q and A, the fall out still haunts him today. Keith has demonstrated again and again that he has virtually no moral compass. His willingness to manipulate and outright fabricate data to fit his own agenda of personal gain is astounding.

David Keith is further exposed by Stephen Colbert on national TV. In the timespan between the AAAS video shown above, and the Colbert video shown below, Keith has completely changed his story. At the 2010 conference Keith was pushing to have 20,000,000 tons of aluminum sprayed into the stratosphere. In the Colbert report below, Keith is now trying to sell injecting 20,000 tons of sulfur into our skies. Get your story straight David.

Now for the latest BBC interview with geoengineer David Keith.