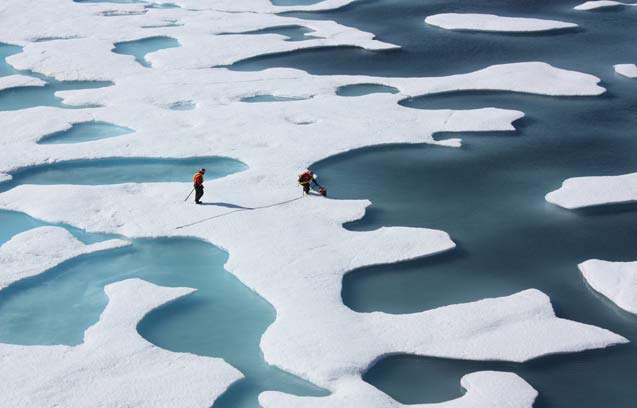 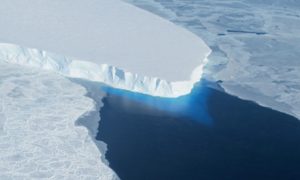 David Rose and The Mail on Sunday produce the most reliable global warming journalism, in the sense that they can be relied upon to consistently misrepresent climate science. Their latest piece focuses on Antarctic sea ice.

You might wonder why we should particularly care about Antarctic sea ice. The answer is that it provides a nice distraction from rapidly declining Arctic sea ice, glaciers around the world, the Antarctic and Greenland ice sheets, the warming oceans, the warming atmosphere, and so on. Antarctic sea ice has bucked these trends by modestly increasing in extent and volume.

To put this increase in context, the volume of Antarctic sea ice has risen by about 7.5% since 1992, according to a recent study. The volume of Arctic sea ice, on the other hand, has declined by about 75% since 1980. Antarctica has been gaining about 30 cubic kilometers (km3) of sea ice volume per year, while the Arctic has been losing 10 times as much – 300 km3 per year.

What’s causing Antarctic sea ice to increase is an interesting scientific question. After all, the Antarctic region is warming, including its oceans. As a result, two recent studies concluded that the collapse of the Western Antarctic ice sheet is already underway and is unstoppable.

Human influences may be responsible, or they might not. This remains an open question that climate scientists are investigating. It’s also true that global climate models tend to have difficulty in simulating the Antarctic sea ice increase. While they’re good with the big global picture, regional changes are more challenging for climate models.

Meanwhile, surface temperatures in 2014 are on pace to be the hottest on record. Despite this, David Rose at The Mail on Sunday tells us,

Prof Curry also revealed that because of the ‘pause’, in which world average temperatures have not risen for more than 16 years, the Arctic ice decline has been ‘touted’ by many as the most important evidence for continued global warming.

First of all, surface temperatures have risen over the past 16 years. Second, during that time the planet as a whole has accumulated heat at a rate equivalent to 4 Hiroshima atomic bomb detonations per second. I don’t know who the “many” are that Curry refers to in the above quote, the most important evidence for continued global warming is quite obviously the measurements that show the planet continues to warm. And contrary to Curry’s refuted hypothesis, which she also references in Rose’s piece, the warming and rapid sea ice decline in the Arctic are mostly human-caused.

The Mail piece finishes with a blurb written by contrarian climate blogger Andrew Montford (consistent with the accuracy of the rest of the piece, the Mail spells his name wrong). Montford rehashes the zombie climate myth that climate scientists are somehow fudging the surface temperature record. He claims,

The bottom line is that while the reason behind the increase in Antarctic sea ice extent is an open and interesting scientific question, it doesn’t detract from our understanding of the climate as a whole. The planet is still warming rapidly, including the Antarctic, and Antarctica is also losing immense amounts of land-based ice that are contributing to global sea level rise.

It appears that The Mail on Sunday wants us to lose sight of the burning forest for the trees.