THIS IS HOW IT ENDS: Thousands Of Scientists Sign ‘Warning To Humanity’ Letter Predicting An Imminent Apocalypse 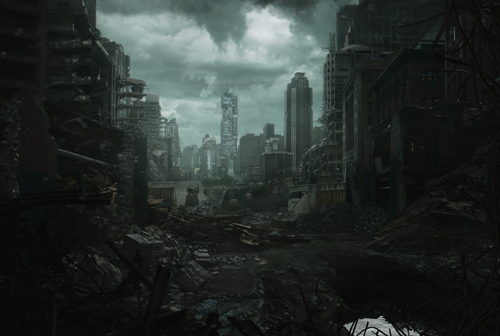 The just issued warning from the science community in the article below may seem dire, but in fact, the warning falls far short of reality.  Issues like the ozone layer collapse are completely glossed over in this new warning which simply pushes the official lie that the ozone layer is recovering (which, again, is patently false). The worsening ozone layer collapse alone has the potential to cause planetary omnicide in the next decade (or less) and that factor is not even considered in the warning from the scientists. Our collective reality will not be the same for much longer, collapse on many fronts is imminent and now very close. We are already well into the curve of the 6th mass extinction on our planet, is there any chance of salvaging what is yet left of Earth’s life support systems? Perhaps that depends on that actions we collectively take, or don’t. Time is not on our side, as the biosphere collapse becomes impossible to hide, the power structure will become more desperate and dangerous than ever. We must all do our part to sound the alarm, life on Earth is in the balance.
DW
GeoengineeringWatch.org

The world's brightest minds sketch a bleak picture of the future of Planet Earth. Is it too late to save our species and preserve the environment?

MORE then 15,000 scientists from around the world have signed a terrifying letter warning of an imminent apocalypse.

The message is called "Warning to Humanity" and is an ominous vision of the grim fate awaiting our planet.

The message updates an original Warning from the Union of Concerned Scientists, which was made in 1992.

Now the global scientific community's view of the future is even bleaker.

Apart from the hole in the ozone layer, which has now been stabilised, every one of the major threats identified in 1992 has worsened.

They urge "scientists, media influencers and lay citizens" to put pressure on governments to reverse the trend.

A host of environmental calamities are highlighted in the warning notice, including catastrophic climate change, deforestation, mass species extinction, ocean "dead zones", and lack of access to fresh water.

Writing in the online international journal BioScience, the scientists led by top US ecologist Professor William Ripple, from Oregon State University, said: "Humanity is now being given a second notice … We are jeopardising our future by not reining in our intense but geographically and demographically uneven material consumption and by not perceiving continued rapid population growth as a primary driver behind many ecological and even societal threats.

Here are the grim changes which have taken place in the last 25 years:

In their original warning, scientists including most of the world's Nobel Laureates argued that human impacts on the natural world were likely to lead to "vast human misery".

The new notice, written as an open-letter "viewpoint" article, won the support of 15,364 scientists from 184 countries who agreed to offer their names as signatories.

The authors drew on data from government agencies, non-profit organisations and individual researchers to set out their case that environmental impacts were likely to inflict "substantial and irreversible harm" to the Earth.

Professor Ripple said: "Those who signed this second warning aren't just raising a false alarm. They are acknowledging the obvious signs that we are heading down an unsustainable path.

"We are hoping that our paper will ignite a widespread public debate about the global environment and climate."

Progress had been made in some areas – such as cutting ozone-depleting chemicals, and increasing energy generated from renewable sources – but this was far outweighed by the damaging trends, said the scientists.

30 Responses to THIS IS HOW IT ENDS: Thousands Of Scientists Sign ‘Warning To Humanity’ Letter Predicting An Imminent Apocalypse