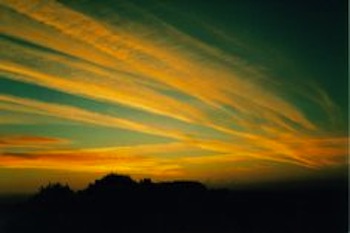 The degree of human health impact already caused by the decades long atmospheric spraying could never be quantified. Respiratory mortality is off the charts around the globe along with every other ailment associated with fine particulate exposure. Virtually every disease that is known to be connected to heavy metal contamination has also skyrocketed off the charts. The ongoing climate engineering is contaminating the entire web of life.  Its up to each and every one of us to help with the fight to bring climate engineering to light. No matter how difficult, no matter how uncomfortable, no matter how challenging, we must all engage in this battle. My thanks to the author of the article below.
Dane Wigington
geoengineeringwatch.org

About two months ago I woke up one morning in New Hampshire and thought I was in Los Angeles. They sprayed all night long and you could literally see the fallout cascading through the rays of sun desperately trying to break through the man made haze. All of the bad memories I had from having to visit that area of southern California rushed back from recessed areas of my consciousness reserved for hard to handle experiences. If you’ve never seen it in person it’s hard to describe. In Los Angeles you can actually see the air. When it’s bad you can hardly see farther than a few hundred yards. It’s perhaps the most disgusting city in America because of this and people willingly pay huge sums of money to live there and subject themselves and their children to these conditions. This is beyond my comprehension.

Los Angeles On A Good Day

People generally need to be pushed before they will act and do something. That morning I had been pushed. I was mad and was determined to take action in a way previously unexplored. After brainstorming for a little while I concluded the best way to spread awareness about geoengineering/climate engineering would be to illustrate a connection between what we are being sprayed with and the real time human health effects manifesting on the ground.

Curiousity forced me to look into something I had always tried to avoid. When you know something’s going to be bad you tend to not look because you’ll be proven right and you will find the situation is far worse than you thought. Well guess what? As it turns out when you peel back just a tiny little layer of the  chemtrail onion you start to find really nasty human health implications. So how does a regular citizen prove this? You start listening to your local fire/ems/ambulance dispatchers. So I went to my storage unit and unboxed a thirty year old analog police scanner and programmed it with frequencies that covered my area.

In central New Hampshire (Lakes Region) all of the towns are very small and spread out. As a result a central control apparatus was esablished to handle all of the hamlets emergency fire amd medical needs. By funneling all of the 911 calls to a central location towns could forgo the expense of maintaining their own dispatch centers and use the Lakes Region Mutual Fire Aid dispatch center.

I began listening and recording transmissions after heavy spray days and was immediately shocked by the number of emergency calls coming from people that couldn’t breathe. As it turns out it has become so common that the dispatchers have a term or a code for it. It’s called “difficulty breathing”. After about a week of collating data it was clear I was on to something big. Below is a quick video I put together documenting these calls.

I have already accumultaed hundreds of these difficulty breathing calls. HUNDREDS. I have only been doing this for a little while and I will have to stop because it’s taking too much time to keep track of it all.

Please keep in mind I live in a very sparsely populated area in a state that only has one million permanent residents. Now use your imagination. What are the larger metropolitan areas and cities sounding like in their 911 call centers? Another thing to consider. My state is 85% forested. This is some of the most prestine land in the country with some of the best water in the country. Why are so many people having such a hard time breathing?

If you were looking for some concrete data that shows a direct connection between the spraying that’s taking place over our heads and the harmful health effects that are being realized on the ground I think we’ve found it. This is a public health emergency. People are literally dropping like flies.

Climate engineering is negatively impacting every living organism on our planet. You must become a super activist, disregarding fears of ridicule, and push this information out to everyone you know. When facing opposition your argument should sound something like this: “Who is crazier? Someone who recognizes the dire consequences of geoengineering and wants to do something about it or someone who refuses to recognize the blatantly obvious weather modification, continues to live in denial, and refuses to act even to save their own kids?”