An Army General Discusses 911, Military Drills On US Soil, And Geoengineering 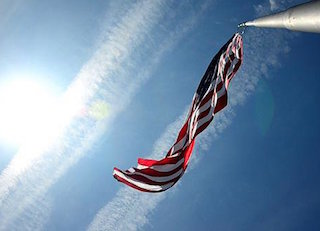 The interview below is a dialog  addressing the most critical issues we face. The discussion is between myself, former Army Major General Albert Stubblebine, and his wife Dr. Rima Laibow. General Stubblebine is the highest ranking US military official to courageously speak the truth about the 911 false flag event and the US government's role in this unimaginable crime. Dr. Laibow has long since been a pioneer in the fight to expose countless global issues, especially related to our health. This discussion begins with General Stubblebine's process of awakening to the true criminal nature of the US government, then continues on to cover operation "Jade Helm" and the global geoengineering assault. Our world and our reality is changing by the day. We are all at a crossroad, at a time of choice. Will we go silently into the night? Or will we struggle against the fading of the light? Getting informed and getting active in the fight for the common good is not just an option, it is an obligation, it is a responsibility. Stand up and make your voice heard, if we do not take action today, we will not have tomorrow.
Dane Wigington
geoengineeringwatch.org

66 Responses to An Army General Discusses 911, Military Drills On US Soil, And Geoengineering