Are The Climate Engineers Attempting To Shut Down The Gulf Stream? 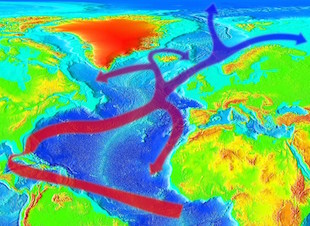 Remember the movie "The Day After Tomorrow"? The 5 minute video below is a prelude for the article which follows.

Is it possible that the global power structure is desperate enough and insane enough to attempt  to slow or shutdown the thermohaline circulation? Could this be an effort to slow the rapid warming of our planet by attempting to reduce the catastrophic thawing of methane on the seabed of the Arctic (which is a risk to all life on Earth) by cutting off the flow of warm ocean currents to that region? It is impossible to know the answer to this question, but if a shutdown of the thermohaline occurs (whatever the cause or causes), it will come with yet more dire consequences to the climate. If the thermohaline does drastically slow or collapse, it will only make an already bad climate scenario far worse still. 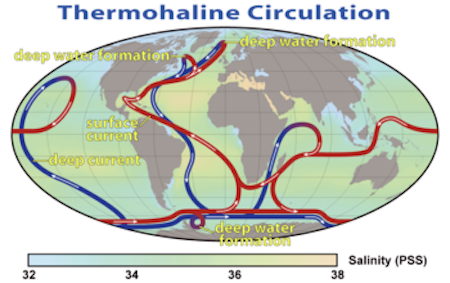 The thermohaline circulation is a primary temperature regulator for planet Earth.

Geoengineering has drastically altered upper level wind patterns. This in turn has altered ocean currents, some of which have been pushing even more warm water into the Arctic, thus worsening the scenario of seabed methane release. Are the weather makers now going to "double down" on climate engineering by attempting to slow or shut down the thermohaline circulation? The latest data confirms the thermohaline circulation has slowed significantly. The ongoing global geoengineering programs have done and continue to do immense and unquantifiable damage to the planet and its life support systems. The more manifest the destruction has become, the more radically the climate engineers have attempted to mitigate and/or hide the damage done by further ramping up the scope and scale of the climate engineering insanity.The climate science community continues to attribute all the unprecedented and rapidly unfolding climate changes and disruptions to every form of human activity, but climate engineering is of course still never acknowledged. This blatant lie of total omission MUST BE EXPOSED. An unimaginably massive and continuous climate engineering assault has been the primary driving factor behind the extremely anomalous cold zone across the Eastern US which extends into the critical North Atlantic region where thermohaline circulation is fueled.

The completely engineered cooling is occurring in exactly the region where it will have the most profound effect on the thermohaline circulation.

The incredibly anomalous cold zone in the Eastern US which extends into the North Atlantic is completely engineered and thus completely unnatural. In recent years precipitation has been consistently robbed from the Western US and pumped in to the Eastern US to help fuel the engineered cool-downs there. This constant flow of precipitation along with the unprecedented flow of meltwater from Greenland is reducing the salinity and thus the density of the surface waters in this critical area of the North Atlantic which are normally very saline and dense in this region. The climate engineers also continuously directed precipitation precipitation in to this region. 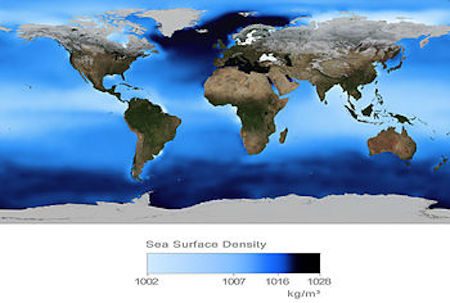 If the thermohaline circulation slows significantly, or shuts down completely, the ramifications for the climate system and our oceans would likely be catastrophic. In addition, if a thermohaline shutdown does occur, the lack of ocean circulation would further push our seas toward a stratified lifeless oxygen deprived state known as "Canfield Ocean". There is immense momentum behind the planetary warming now occurring, every day the climate engineers interfere with Earth's natural processes will only worsen the scenario that is unfolding. 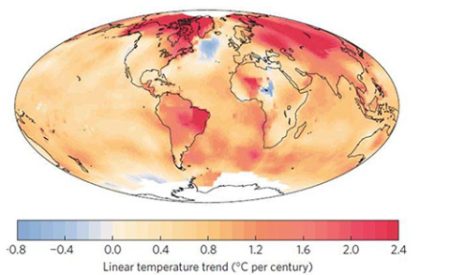 This map was produced by professor German oceanographer and climatologist. Stefan Rahmstorf. It reflects overall temperature deviations from normal for the 113 year period from 1900 through 2013. The anomalously cool zone directly over the North Atlantic region where the thermohaline conveyer is most vulnerable and most effected is certainly of particular interest since we know that Earth's climate system has been manipulated for the last 65 years.
The entire climate science community is in criminal denial in regard to the climate engineering factor in the ever more dire climate disintegration occurring on our planet at blinding speed. Though there are countless forms of damage to the planet and Earth's climate system, (all forms of anthropogenic activity must be considered a form of geoengineering), the ongoing deliberate, intentional, and catastrophic geoengineering programs are the greatest source of climate disruption and disintegration of all. There is no way to know the full agenda of the climate engineers with any overall certainty, but if the thermohaline circulation does shut down (whatever the cause), there will be immense consequences. It will make an already catastrophic climate situation far worse still. No matter what the climate engineers are or aren't trying to do in regard to the thermohaline current, and no matter what the happens in regard to the flow of the current, the rapid warming of our planet is locked in at this point, the inertia is unstoppable (short of some factor that is as of yet completely unknown to science). Geoengineering programs are completely disrupting and decimating the climate and life support systems of the entire planet.  In addition, the toxic heavy metal and chemical fallout from climate engineering has completely contaminated the biosphere, this contamination grows worse by the day. Each and every one of us are needed in the fight to expose and halt climate engineering, make your voice heard.
DW

20 Responses to Are The Climate Engineers Attempting To Shut Down The Gulf Stream?