Are The Climate Engineers Waging Weather Warfare Against Texas? Again? 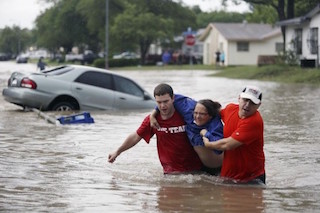 Texas is about to get pounded again with potential record flooding. Why would a cyclonic rotation not develop over the warm waters of the Gulf of Mexico where conditions are favorable for strengthening, but then strengthen once the low pressure zone is over land? 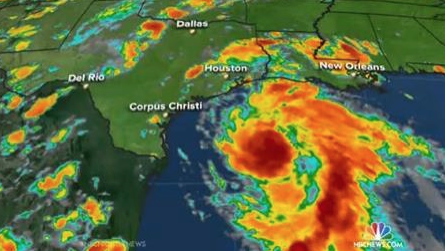 Because that is what the weather-makers want. Has anyone ever heard of a "brown ocean event"? This is a scenario in which a hurricane does not strengthen over the warm ocean waters but then does so over land. 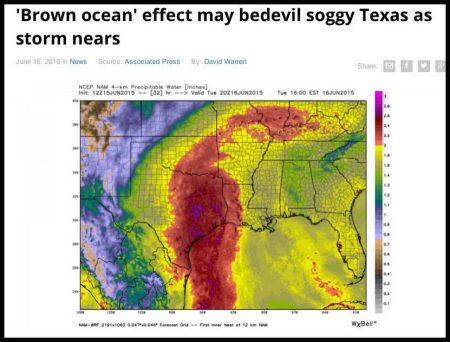 Why would we think such an extreme anomaly is natural when we know there are patents for hurricane suppression which could be utilized over the ocean? Even Bill Gates has his hand into hurricane suppression efforts. Hurricane formation over the Gulf of Mexico has been non existent in recent years in spite of record warm ocean temperatures, why? Could one of the reasons be that the power structure does not want the sea of oil sitting at the bottom of the Gulf of Mexico to be churned up for the world to see? Oil from the still leaking BP Macondo well that was never properly sealed? The world's foremost independent expert on deep water drilling spoke out on CNN about the still leaking BP Macondo well and was found face down in his own swimming pool shortly after. What are they hiding at the bottom of the Gulf? 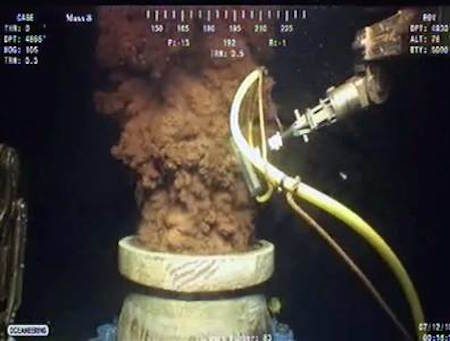 Available evidence indicates hurricanes can also be strengthened even as they make landfall, cyclone Haiyan did exactly that before it cut a swath of total destruction through the Philippines. What came after? The US military moved in under humanitarian pretexts and then began building bases, what a surprise. Can cyclonic rotations also be steered? Lets take hurricane "Sandy" as an example, how is it possible that the "forecasters" (who get their modeling straight from defense contractors like Raytheon that are involved with weather modification) knew 7 days ahead of time that Sandy would make an unprecedented 90 degree westerly turn? Defense contractor Raytheon produces the "forecast modeling" for the National Oceanic and Atmospheric Administration (NOAA) and the National Weather Service (NWS). The key climate engineering players are literally controlling the flow of information even to "national" agencies. 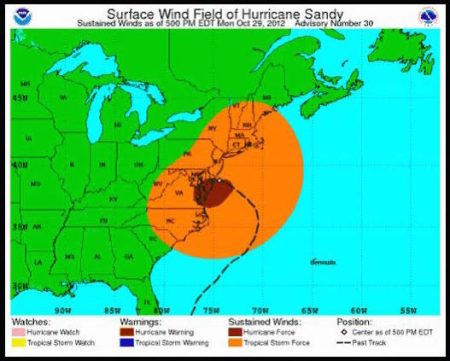 Texas is not a very cooperative state as far as the US government is concerned, is this a reason for the coming "Jade Helm" military exercises are taking place in Texas? Using weather warfare to control populations is business as usual for the power structure that masquerades as our government. Though there are countless factors affecting Earth's climate systems and countless forms of damage to the biosphere, the US military and many other governments around the globe have long since hijacked the climate systems for their own agenda, and have long since stated their wish to do so. From the ongoing record floods in Texas, to the baking and burning US West, none is accidental. All the natural former climate processes (already harmed due to countless forms of anthropogenic activity) are being disrupted much further still by the completely out of control global weather warfare. Those in power are trying desperately to control populations who are rapidly awakening to their tyranny. Educate yourself, get into the fight to raise awareness, make your voice heard.  DW

59 Responses to Are The Climate Engineers Waging Weather Warfare Against Texas? Again?