CHEMtrails and CHEMotherapy: More Alike Than You Think 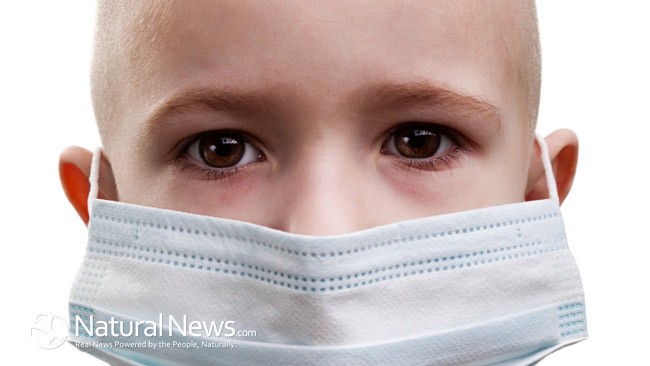 There are mixed reports on chemtrails, which scientists who will talk about them term “geoengineering” to somehow make dumping toxic metals over our heads and poisoning us and our families sound respectable and, well, “scientific.”

Some of the so-called geoengineering “scientists” say that geoengineering is necessary to save the planet from disastrous climate change, but of course it is not happening now, it is just a proposal.  Others say nothing of the sort is even being contemplated (it’s all a conspiracy theory).  None of the official spokesmen of government acknowledge it is going on now.  They are confident that you do not ever seriously look up at the sky, and if for some reason you do, thanks to the dumbing down effect of public education and the media, you won’t know what you are looking at.

The phenomenon itself is very easy to identify with the naked eye.  You can watch chemtrails being laid down on most days from just about anywhere in the U.S., and now in many other countries as well.  When planes fly at high altitudes, you can sometimes see a very short trail behind them which quickly disappears.  That is called a “contrail,” which is short for condensation trail, from water condensation, and it disappears as the water droplets disperse.  Then there are other planes that leave long trails behind them that do not disperse.  These are the chemtrails.  They do not disperse because they are made up of solid particles, not water droplets.

No Longer A Theory

For a long time, starting when chemtrails started appearing all over the U.S. in the 1990′s, those who spoke of them were dismissed as crazy conspiracy theorists.  But now, there is solid evidence that chemtrails are real.  Patents describe some of the materials being sprayed.  Military whistleblowers confirm that these materials are being loaded on the jets for spraying.  We have video evidence of the spray nozzles on the planes, and of the billowing clouds of particulates being released.  Air, water and soil samples show the same toxic metals, including aluminum, barium and strontium, plus a list of other toxic materials in the mix, that are raining down on us almost every day.  There is no question of whether this is happening, nor is there any question that our health and the health of animals, plants and the entire biosphere are being drastically harmed.  Nano particles such as those being sprayed can cross the blood brain barrier, and affect our brain function, while poisoning other parts of the body at the same time.  Aluminum and the other metals raise soil pH, radically reduce the health and numbers of all lifeforms, from soil microorganisms, to plants and trees, to animals, to humans.

Some of the “scientists” who admit the practice, which they call “geoengineerring” (i.e engineering the Earth), say geoengineering might be required to save us from global warming and climate change.  Of course, they are already doing that, but they just say it might become necessary.  They may admit it could have “some harmful effects” but that we might want it anyway just like we might need to use chemotherapy for cancer.

Part of my background includes long experience in holistic health.  I can tell you that I would NEVER want chemotherapy for any kind of cancer or anything else, and neither would any doctor with a clear understanding of what it is, what it does to the human body, and that safe and effective natural alternatives exist.  Chemo “therapy” kills cells with very potent poisons, injected directly into your bloodstream.  The idea is that it kills cancer cells too, which is true, and the hope is it kills them before it kills you.  Often, that doesn’t work out very well, and you die first, as the cancer cells proliferate.  Even with the low dose version of chemotherapy practiced by some doctors I respect and whose motives are good, I am not convinced it is ever a good choice, compared to what else could be done.

Just Block the Sunlight With Toxic Metals, No Problem

With chemtrails (geoengineering), the idea is that by blocking the natural sunlight from reaching the Earth, cooling can occur, and presumably if one does this forever, damaging global warming could be avoided.  The same technology diverts rain patterns and wind currents in directions where “scientists” think they should be, since they are much wiser than nature.  Of course one problem with this theory is that the materials used (just like in chemotherapy) are deadly in themselves.  They kill the life on Earth, from soil organisms on up to us, and they block the sunlight that is needed for life (which also ends up cutting our oxygen supply).  There is of course a bright spot in this approach for GMO companies like Monsanto, who are currently working with universities like Cornell and others, to develop toxic GMO trees and plants that will live where natural lifeforms would die from aluminum poisoning.  The idea is that biotech companies will own all of nature, for our benefit of course.

I used to think these things were being done because of stupidity on the part of our rulers.  Now I realize that is partly true and partly not true.  It is true, because people in many levels of government and industry believe their superiors who say nothing bad will happen to them if they go ahead and spread these poisons everywhere, it’s just normal business, and scientists have already determined it’s a good idea.  That’s pretty far up there on the stupid meter, but it’s more comfortable for many people compared to having to actually think about what all this means and the future it is creating.  Where this is not coming from stupidity is when you look at the higher levels of control, and you get to where the design, programs and orders are coming down from eugenicists.  These are the people whose intent is to depopulate the Earth.  Most of them feel they will remain in the privileged elite, and only those “below them” will die, and also it’s necessary “for the Earth.”  Most or all of these levels of controllers are wrong, they are also slated for termination, as soon as their functions are completed.

Likewise, in what is referred to these days as “health care,” protocols like chemotherapy are being administered by those who don’t want to admit to themselves what they are really giving to the patient, though many of them would never take the treatment themselves.  But at the higher planning levels, the point of most of modern medicine is also eugenics, just like it is with chemtrails.

For backup details and documentation on chemtrails and geoengineering, you can start by studying material on the website www.geoengineeringwatch.org, as well as www.globalskywatch.com.  They will lead you to many other sources for study.  For a good explanation of the deadly effect of modern medicine, you can start by looking at the paper written by Dr Gary Null and Dr Carolyn Dean, called “Death by Medicine” (http://www.webdc.com/pdfs/deathbymedicine.pdf).  But the bottom line is, we are being gradually and intentionally killed, eliminated as undesirables from the planet, by those currently in control of government and economic systems.  And the purge is accelerating now, becoming much less gradual.  The truth is that we are dealing with a system that is very sophisticated, using psychological operations, deception and programming to get the members of the targeted population to do its work, and basically destroy themselves (that is us).    The details are complex, but the plan is not really that complicated.  Use the means at the disposal of the numerically small group in control to clear out the unwanted population of the Earth, leaving the planet for them, and perhaps a small number of slaves if the robots cannot handle every type of job for them.  That in a nutshell is where we are.

It’s Too Scary Too Look At

So why should we get into these details that, if we look at them seriously, could be very stressful and upsetting?  When I decided to go as deeply into the study of so many of these related fields, in order to see how we might improve the future of humanity, I had to make a decision that I would not get sucked into the dark mentality that pervades these malicious programs, and that balance has been hard, but necessary, to maintain.  Really, the only reason to become clearly aware of this situation is to look at what we can do about it.

The Use of Force is What They Hope For

One of our unalienable and basic rights, recognized by but not originated by, our Constitution, is the right to defend ourselves and others with force when attacked.   I think it is critical for us to maintain that right, but I don’t think it is the way to completely solve this problem of the massive system that has been set in motion for our destruction.  In fact, I think the rulers hope we will resort to physical force first, so they can unleash their minions and their best weapons on us, and not be seen as the aggressors.  They have been putting a lot of emphasis on getting ready to slaughter us en masse.

What Do Our Oppressors Fear?

But while they hope for us to become the violent aggressors they can easily label as the “bad guys,” what they really fear is something much more subtle, and infinitely more powerful, that they will do practically anything they can to make sure we never know about.

Einstein taught the world that the amount of energy lying hidden in a single particle of matter is actually enough to reconstruct the entire universe.  E=mc2.  The power of consciousness in humans dwarfs this equation by comparison.  If we ever wake up and realize who we actually are, what we are really made of, and what that thing is that we refer to with the totally inadequate term “consciousness,” their dominance over us is finished.  This power belongs to every one of us, and lies waiting to be discovered.  It will enable us to do directly all we could do with any technology, and much more.  There lies the fear of those at the top of the dark system, who know about this power, but also know they will never have access to it, as it cannot be used by those of malevolent intent.

It is inevitable that we will discover it, as we had the awareness long ago.  When that will be is up to us.  This play is unfolding on many levels, though we are not aware of most of them.  Whether the suffering goes on and gets far worse, or we initiate a change into the experience of love and healing is actually in our hands.  We will look back at this time someday, which I hope is soon, know this to be true, and we will have made the change to set that power free.

3 Responses to CHEMtrails and CHEMotherapy: More Alike Than You Think