Climate Engineering, El Niño And The Bizarre “Scheduled Weather” For The Coming Winter In The US 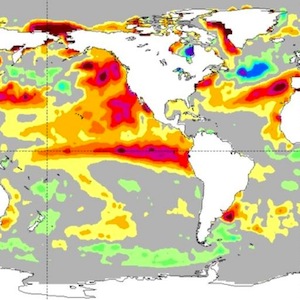 "Forecasters" are now trumpeting the arrival of a "Godzilla" El Niño event, but somehow they seem to already know that there will be no relief for the epic California drought (which can be directly linked to the ongoing climate engineering insanity). How can such a prediction be made so early on? Ocean temperatures in the Eastern Pacific are at record shattering high levels, why wouldn't this translate into more rain for the now empty reservoirs in Northern California? 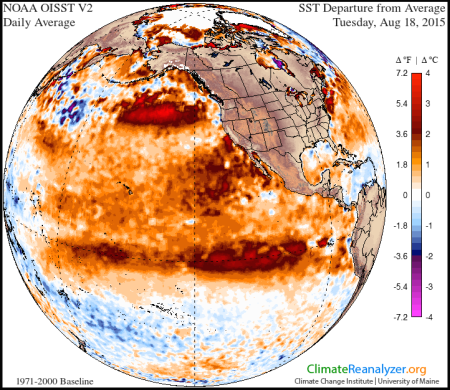 The El Niño pattern has been trying to form since 2007 but has been repeatedly suppressed by what meteorologists have coined as "the ridiculously resilient ridge" of constant high pressure over the US west coast. Was this rain starving scenario the result of the climate engineers and their aggressive effort to suppress El Niño formation in a destructive attempt to hold the lid on soaring global temperatures? 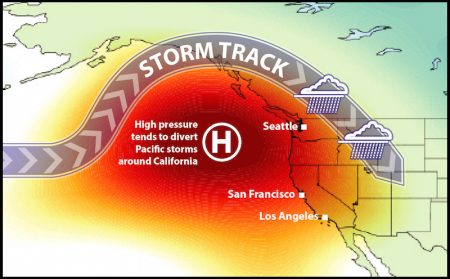 The Eastern Pacific (off of the US west coast) is constantly the target of massive aerosol spraying operations as shown in the image below. Is "solar radiation management" the only goal of this spraying, or are the known drought causing impacts of atmospheric aerosol saturation and ionosphere heater high pressure zones a desired outcome for the geoengineers? The electrically conductive heavy metals being sprayed enhances the effectiveness of ionosphere heater installations (like HAARP) which would then increase the weather-makers ability to create and maintain consistent zones of high pressure. What does a completely sprayed Eastern Pacific look like on a radar map? The reflective metals show up like precipitation when there is none, the radar image below is a glaring example. 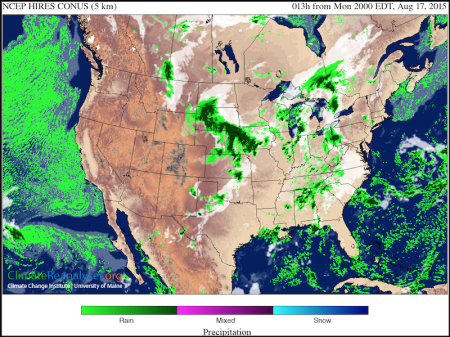 Climate engineering is about power and control, and about hiding the severity of climate damage already done (while doing even more damage at the same time) from a population that so far has not wanted to face the truth in the first place. The climate engineers have managed to keep the Eastern US cooler than average for almost three years in spite of a record warm world. Why? To help manipulate the perception of the US population. How anomalous has the Eastern US cool-down been? The map below covers "departure from normal high temperatures" for a two year period from 2013 to 2015, this is clear as it gets.

What should the expected impacts should be in the US for a strong El Niño Event? 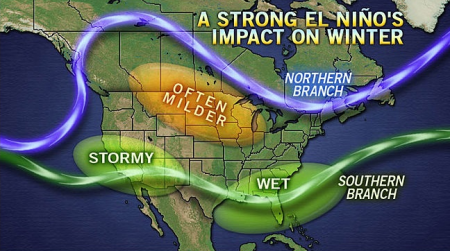 With a potential record El Niño, abundant precipitation should show up in California with overall temperatures pushed from above normal to far above normal throughout the US. Higher temperatures should be especially prevalent given the fact that our planet is free falling into a state of total meltdown. All this being said, how is it some of the latest "forecasts" call for the US West to continue frying into the fall with little to no rain and with wildfires still raging? And with predicted snowfall further inland? 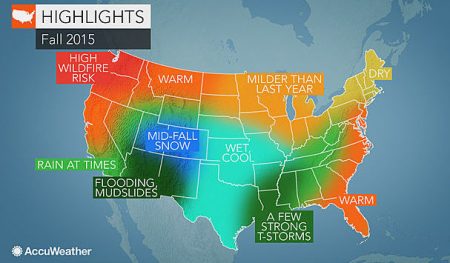 Next, given the fact that we have a record warm world, record warm oceans surrounding the US, a record El Niño, and predictions of above normal highs in the Northern US, how can it be possible for winter predictions of a "below average" temperature band to run right through the US from Southern California, to the Gulf Coast, to New York, covering some of the most heavily populated zones of the country? The "forecast map" below should be carefully examined. 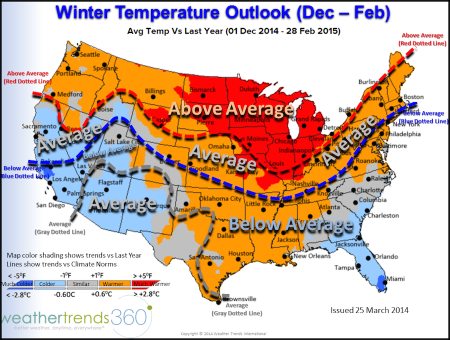 Other maps (below) use terms like "wintry battle zone" to describe their predictions for the southern states (in spite of the record warm condition of our planet already noted). The map below also states there may be "above normal" snow in spite of warmer temperatures, who is making and running the weather forecast industry? 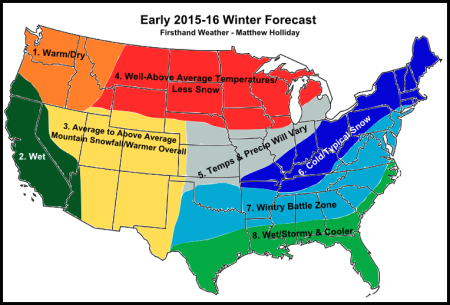 Continuously cooling down heavily populated regions of the US is about engineering public perception for as long as possible. In regard to weather forecasting, with few exceptions, the global power structure owns it all. The Rothschilds own much of the industry where the very defense industry contractors that are heavily involved in the climate engineering insanity actually supply the weather modeling "predictions" for government agencies like The National Weather Service and NOAA. The Weather Channel is owned by multinational corporations that are a core part of the global power cabal. And let's not forget about Monsanto Corporation and their purchase of "Climate Corp" for nearly a billion dollars. Controlling the message also allows them to control public perception. Meteorologists are (with few exceptions)  paid liars who are simply reading scripts. Their job is to convince the population that the completely engineered climate is just "natural weather". Their job is to convince the population that "mostly sunny" predictions that involve the sprayed-out skies we are all subjected to is just normal. Their job is to cover the tracks of the criminal climate engineering insanity. Anyone that contributes to such a cover-up in exchange for a paycheck and a pension should be considered a criminal accomplice to the geoengineering crimes. When the Weather Channel is not busy covering for the geoengineers, they now simply show countless reality shows in order to altogether avoid actually covering the engineered weather. So how about those predicted cold zones which are surrounded by record warm oceans and a record warm world? Welcome to engineered snow storms. The Chinese openly announced their practice of engineering snow storms out of what should have been rain until they did a billion dollars of damage to Beijing, does anyone believe our government does not know how to do the same? 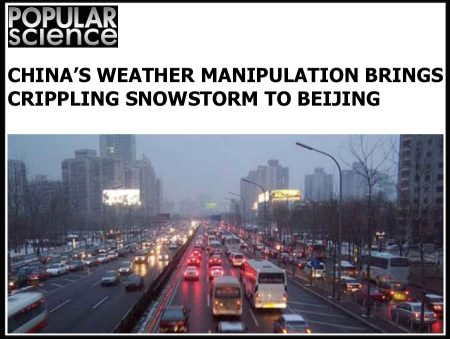 With enough atmospheric moisture the geoengineers can produce snowstorms under a wide variety of conditions. The July 2015 snowstorm in Jackson Hole Wyoming is one of many examples. The extra moisture from El Niño will be used for the chemical cool-downs already scheduled for the US this winter. As the planetary meltdown accelerates, the Arctic continues to melt and glaciers continue to disintegrate around the world, the climate engineers are becoming increasingly desperate and blatant in their aggressive planetary assault. It appears that the moisture Northern California needs so badly may be siphoned by the climate engineers for use further east in the US. Whatever unfolds this winter, this point should be clear, the geoengineers and the global power structure have a noose around our collective necks and they are not about to let go. They control not only the weather, but the toxicity of the air we breath, the water we drink, and the soils we need to grow our food in. Though there are countless forms of anthropogenic damage to the planet and the climate system (this must always be considered and remembered), climate engineering is mathematically the greatest and most destructive single factor of all. If we are to have any chance at preserving Earth's life support systems, we must all make our voices heard in the battle to expose and stop climate engineering.
DW

78 Responses to Climate Engineering, El Niño And The Bizarre “Scheduled Weather” For The Coming Winter In The US