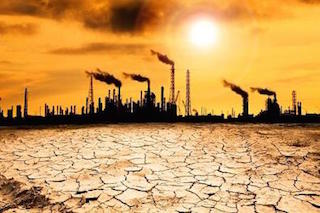 The all out human decimation of our biosphere is manifesting itself by the day. The planet’s climate system is unravelling as the planet continues into meltdown. The worse conditions become, the deeper many will descend into denial, but their denial will not save them. Earth is dying and even now most of the global population remains completely oblivious thanks to the constant bombardment of distractions from the government controlled mainstream media machine of deception which the majority of people are still all too wiling to embrace. When links begin to fall out of the chain that keeps industrialized society running, the implosion of the reality we have all known will be fast and furious. The power structure is rapidly preparing for this approaching inevitability, we must expose them before they have completely tightened the noose around our collective necks. If humanities current trajectory of total environmental destruction is not completely altered, it will very soon be game over. The single biggest leap we could take in the right direction is to expose and halt the climate engineering insanity. If we can do this, we must then face a long list of additional and rapidly mounting challenges directly related to the human assault on the planet. Each and every one of us has a responsibility to do everything we can to credibly and effectively sound the alarm within the limits of our individual circumstances. Fighting for the common good is not an option, it's an obligation. The article below is hard hitting and well written, but, of course, does not mention the geoengineering reality. We must all understand that mainstream authors fully realize what would happen to them if they did speak of the climate engineering issue, they would feel the immediate wrath of the power structure.
Dane Wigington
geoengineeringwatch.org

Abrupt Climate Change And The Failure Of Democracy

The deadly and destructive effects of abrupt climate change continue to be felt across the planet and still the response of national governments is to do nothing except issue press releases expressing sympathy for the victims and empty promises of local aid. In India, this week, hundreds have died in extreme heat, in the southern United States, biblical rains have ruined the lives of thousands.

In California and Brazil drought threatens entire continental regions. Alaska is experiencing temperatures 20 degrees Celsius above normal while in southern Ontario, in Canada, many vineyards suffered the destruction of their entire grape crop as temperatures suddenly plummeted and rainfall there is half of normal. It snowed again in Newfoundland and in New Zealand they had their largest first snowfall in decades.

In the Arctic the high temperature anomalies are causing large flows of warm, river water into the deltas that flow into the ocean from Norway to Siberia to the Yukon, warming the water and thinning the ice, now at its lowest point on record. Methane releases normally at about 1800ppb are now exceeding 2800ppb and a methane cloud has spread across the northern hemisphere. The west Antarctic ice sheet is breaking up, and faster than anyone had predicted and it and Greenland are releasing 400 billion tons of water into the oceans every year raising sea levels higher and faster, while world wide, glaciers have shrunk by 1.2 trillion tons in the past eight years.

Forest and brush fires have caused destruction from Chile to British Columbia, from Siberia to California and Australia, and now everyone hopes that the strengthening El Nino arising in the Pacific will bring enough rain to break the drought and the danger. For each fire not only destroys what’s in its path it also releases huge amounts of carbon into the atmosphere and so the heating climate provides its own means of increasing its temperature further; just one of dozens of feedback loops interacting in ways we cannot hope to fully understand, except that the combined effect is a planetary catastrophe.

Just a few months ago, in another article here, I reported the press conference called by the Arctic Methane Emergency Group at the meeting of world climate scientists and politicians in Peru to discuss the extent of climate change and solutions. None were offered and AMEG warned that if a blue ocean event happens in the Arctic then the warming in the Arctic would drive the earth’s weather and ecological systems into chaos. It could happen later this year. But even in five, the danger is upon us now. As AMEG also stated, we are in a planetary emergency-the first one ever declared. They posit that geo-engineering is feasible that could reduce global warming. Those who think it would not be effective, or even make things worse criticize their position. The debate continues. Others think, like Dr. Guy McPherson, and give compelling reasons to support their thinking, that it is far too late, and no matter what is tried, too many feedback loops are already in play, and that the certain collapse of the means of production of food, water and other resources will lead to the extinction of human kind. There will be no survivors.

Just this week documents came to light from Shell Oil stating that their scientists are sure the average global temperature will rise by not even the high 2 degrees governments now refer to as desirable, but by 4 to 6 degrees, each degree a deadly bullet into the heart of the ecosystems that allow us to exist. And where are the urgent meetings, of even enemy governments, to act, where is the urgent and patriotic hue and cry in the media that exists for the phony war on “terrorism”.

Governments are supposed to have, as their first duty, the obligation to ensure the well being of the citizens to whom they are responsible. Yet in India the poor who suffer the most have to complain to the press that nothing is done, that the suffering are on their own, and that men earning 3 dollars a day on a construction site feel compelled to keep working in 48 degrees Celsius heat, risking death because otherwise they will starve.

An article on the FirstPost website in India says the “the heat wave has reached disastrous proportions; but neither the central government nor the state governments have relief plans in place”.

“Despite its predictable, periodic incidence and high levels of mortality, governments have done precious little to mitigate its impact on people because obviously they don’t care – it’s still not considered a natural calamity,” it adds.

The website further argues that “it’s time to think about heat waves as a natural disaster and put in place both preventive and mitigatory steps”.

This is the state of the capitalist world and even the socialist world that is entrapped within its systems. No one really cares. If they did they would act to help their fellow man, to take care of us, but there is no response, none, except to say, “Stay cool.” There is no plan, nor even the sense that anyone has even begun to think of one. Governments are in the pocket of the financiers, bankers and industrialists. 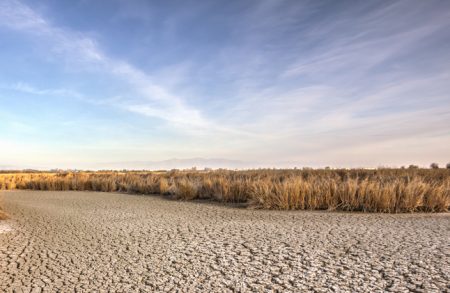 They have no legitimacy under the various constitutions they are sworn to uphold because they manifestly do not undertake the duties nor shoulder the responsibilities they have to the people. In the West, the governments act in the interests of gangsters who are prepared to see people suffer so long as they can make more profit. They prefer to plant bombs, stir up wars, and frighten the people with the hobgoblins of “terrorism” in order to obscure reality from the people.

But in their pretence to be “of the people and for the people” even gangsters will try to earn some other respect than that drawn by fear, and will occasionally throw the peasants something.

It flatters their vanity and gives them something to talk about at their country clubs and intergovernmental, intercorporate meetings where no doubt lots of crocodile tears are shed. And so they sometimes take small actions to appear that they are responding. But the response is always piecemeal and always in reaction to a specific event, this flood, that storm, though occasionally, a high potentate, like President Obama, will even acknowledge that climate change “is a concern” for the “national security.” But most of the money is still thrown away on arms and wars generated by the same financiers, bankers and industrialists.

We are warned that, at the latest, the earth systems that support human kind will collapse in a century and, some, such as Guy McPherson, think as soon as 2030-40, only a few years from now. Either estimate is a flick of eyelid. It will affect everyone. There will be no survivors if they are right and it looks more and more compellingly that they are.

Civilization is at a crisis. George Monbiot recently, in the Guardian, drew attention to the fact that one factor in the Syrian war is the multi-year drought that has caused severe problems for the population and the nation and government. We are seeing similar effects in other regions from Mexico to China, and the oceans are casting their dead all along our coasts.

Yet, there is no mechanism by which the peoples of the world can force their governments to undertake their true obligations and responsibilities. And we have to face the fact that the peoples of the world have been successfully divided into nations and sub-nations, their common brotherhood buried under banners of nationalism and chauvinism, of “exceptionalism” and atomised into billions of particles all told to think of only themselves, not the other, and that vanity and ignorance are virtues, and that to have is better than to be.

Where in the West is the social contract that Jean Jacques Rousseau claimed united us all in common purpose and gave legitimacy to government? Where are the ideals of the great revolutions, the English, the French the great Russian and Chinese revolutions that succeeded, each one, in further emancipating the workers, the peasants, the artists, and intellectuals, so they had a fairer share of the wealth of their nations and more equality and justice before the law.

But even in the socialist world, though things are done to try to limit pollution and reduce carbon in the atmosphere, as we see with China’s tree planting program, and carbon sequestration initiatives, they are still locked into a predominantly capitalist, for profit world, there still seems no urgency, and the leaders talk in terms of decades instead of months.

This begs the question can democracy really exist in nations of tens of and hundreds of millions of people? What is this democracy? Here in Canada I am opposed to the new secret security laws just put in place by the right wing government. I have never voted for the party in power. Everyone I know opposes these laws. Yet the laws are in place, so that now a few can arrest the many for their own interests, and call it “legal”. Is this democracy? They tell me it is.

So, we are in a very bad situation, but I don’t see anything being done about it. Civilisation has reached a point at which its social, economic, and political systems no longer function, except in a generally destructive way. And still people are collapsing from the heat in India, or drowning in Texas, while we watch it, like a cheap TV entertainment, a macabre reality show. But, be warned. Soon it will be you and me.

Christopher Black is an international criminal lawyer based in Toronto, he is a member of the Law Society of Upper Canada and he is known for a number of high-profile cases involving human rights and war crimes, especially for the online magazine “New Eastern Outlook”.