Carefully crafted social conditioning has convinced the majority of the US population that their government and military is just and benevolent. Does the historical record in any way support such a conclusion? We are all living in a real life version of “The Truman Show”, in which public perceptions are almost completely manipulated by mainstream media weapons of mass deception. Biosphere implosion continues to accelerate by the day, the power structure is preparing for World War lll in response. How much longer till the denial of the majority is shattered? The latest installment of Global Alert News is below.

So many factors are already far past the breaking point, major links in the chain of our current reality are likely to fall soon. Though the collapse of the paradigm we have formerly known is inevitable and near, the collective efforts of the already awakened could still positively alter the composition of what is unfolding. The sooner the sleeping masses are awakened to the converging catastrophes that are closing in, the better our odds of salvaging some semblance of our formerly thriving planet. Sharing credible information from a credible source is the most effective way to break through the barriers of denial. What will each of us choose to do with the time we have been given?
DW 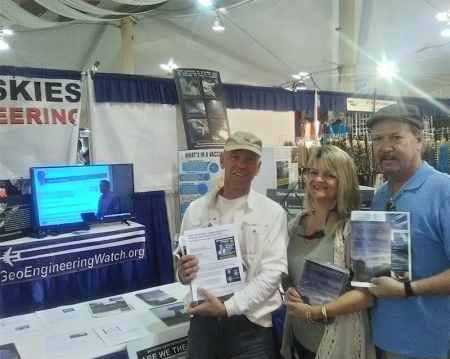 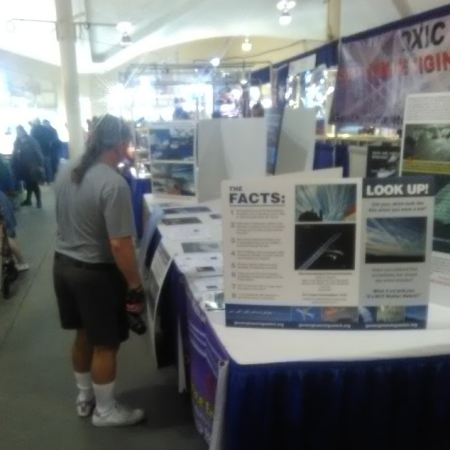 Geoengineering Watch wishes to express our most sincere gratitude to Maciej Kocialkowski for his tireless work toward raising awareness on the critical issue of climate engineering. The geoengineering awareness booth in the photos below was recently set up in Punta Gorda, Florida. Maciej has also translated GeoengineeringWatch.org flyers into Polish and personally distributed them in his homeland of Poland. 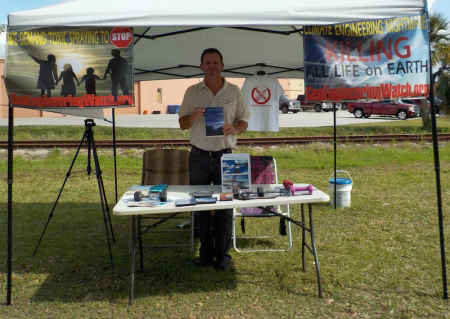 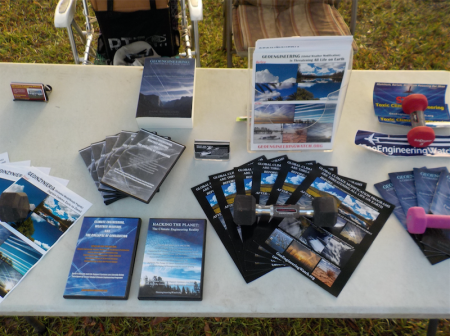 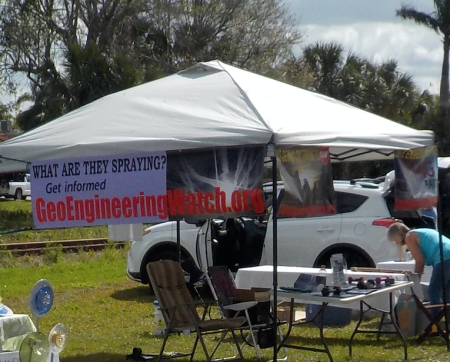 Our deepest thanks also to anti-geoengineering activist Brian Nibley for yet again setting up the Geoengineering Watch informational table at the Semi Valley library, shown in the photo below. 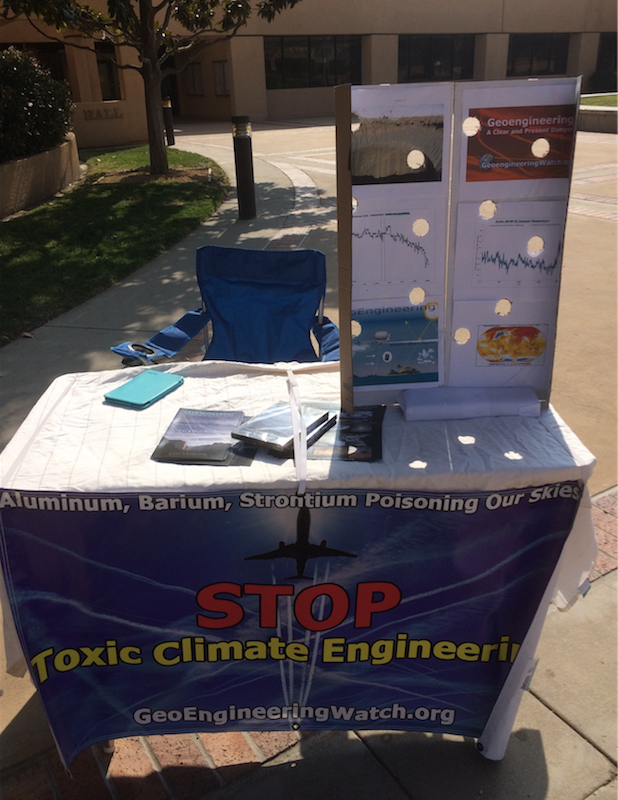