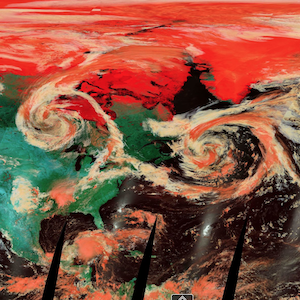 Sunday, June 5th, is World Environment Day, are we already too late to save our dying planet? The United Nations has just issued a warning of "total societal collapse" due to the "breaching of planetary boundaries". What desperate and dangerous actions are global power structures taking in preparation? Agricultural production isn't the only food source that's collapsing, so are fish farms and the fishing industry as a whole. The implosion of New Zealand's salmon farming industry is just one example among countless others. What happens when there is not enough to eat? While many are still clinging to the conclusion that technology will somehow save us from ourselves, newly released studies continue to reveal exactly the opposite. What happens now? The latest installment of Global Alert News is below.