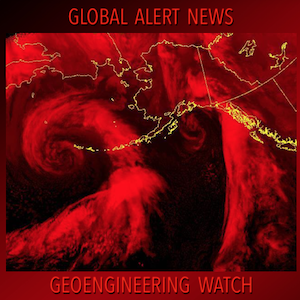 The COP 27 global climate conference is being being carried out in Egypt with government representatives from all over the world in attendance. Are they there to discuss greenhouse gas reductions? Or, in fact, are climate intervention operations the primary focus of the gathering in "behind closed door" meetings? An unprecedented coast to coast engineered cool down is scheduled for the contiguous 48 US states that will make the US the only "below normal temperature" region in the entire northern hemisphere. Is this a climate engineering demonstration being conducted by the world's largest military machine? Is technology going to save us from ourselves at the final hour? Or is it ensuring our common near term demise? The latest installment of Global Alert News is below.