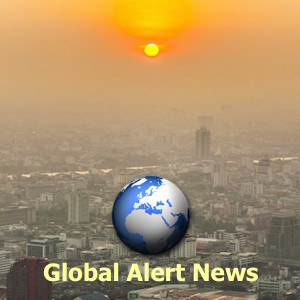 Corporate media continues to distract populations with completely irrelevant dramas while the power structure maneuvers to secure their stranglehold on the population while the biosphere implodes. The former US military chief of staff becomes a banker for the top banking cartel one week after retiring from the military. Who is making money from the ever increasing climate catastrophes? The weather trading derivatives gambling casino is run by those that are directly involved with climate modification, no surprise. New studies prove neurological disease and mortality are going off the charts and the studies state conclusively the increase can only be from "environmental factors" that are unknown (or unacknowledged). The highly toxic fallout from climate engineering programs is contaminating the entire web of life. The ship is going down, all are needed to help sound the alarm.
Dane Wigington
geoengineeringwatch.org