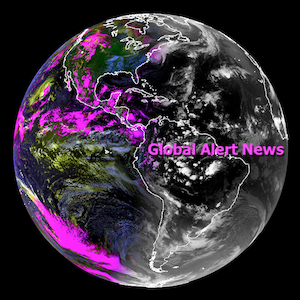 Weather all over the world is becoming rapidly more erratic and destructive. What factors are playing a part in the complex weather/climate equation? How can we know what we are not being told by any “official” source? Who gets to decide what is “real” news, and what is not? What happens when governments know they can no longer hide dire unfolding scenarios from the public? The latest installment of Global Alert News is below.

The “Red Bank Fire” just erupted in Northern California. This is the smoke filled sunset view from my backyard, September 5th, 2019. As of now the fire has already burned 7754 acres with only 9% containment. There were 19,000 lightning strikes in the North State in the early morning hours of September 5th. Sadly, it is California’s turn to burn, yet again. 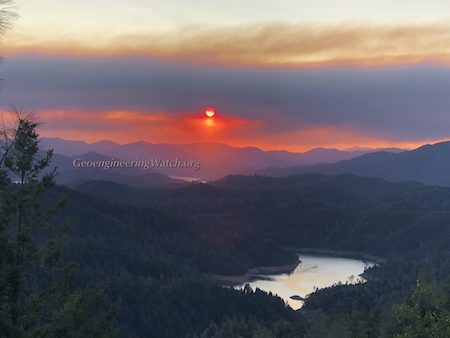 This week's GeoengineeringWatch.org outreach booth is at the Shasta District Fair & Event Center, Anderson, California, and is shown below. My most sincere and continuing gratitude to the Gem Faire exhibition organizers for facilitating and setting up this very effective booth in every week's Gem Faire location. The schedule for upcoming Gem Faire events is HERE. A geoengineeringwatch.org booth will be at all events, thanks to the steadfast support of Gem Faire. 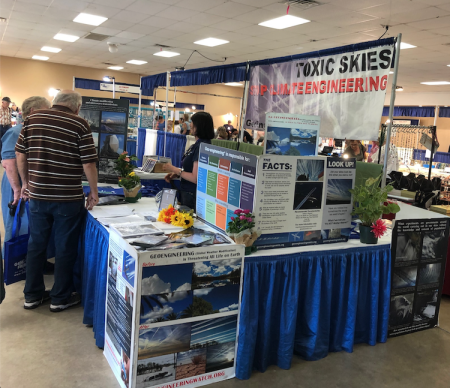 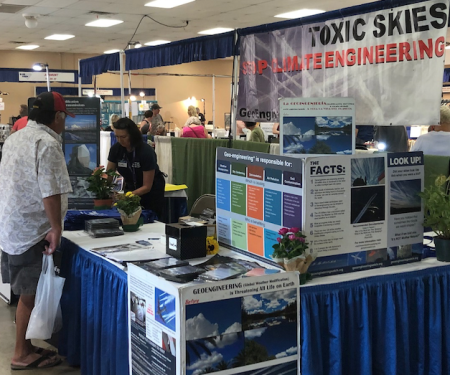